White Ward Band were interviewed for the Antipodes show. We picked the best 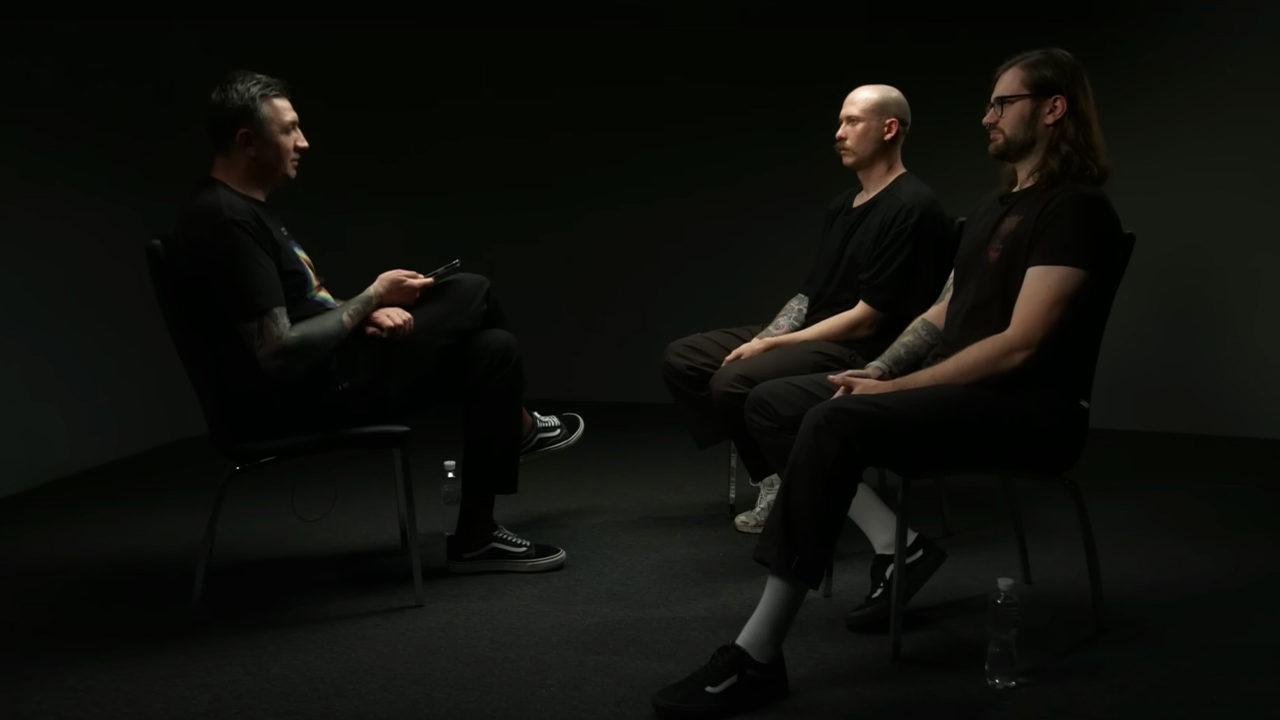 The members of the Odesa black metal band White Ward Andrii Pechatkin and Yurii Kazarian called on to Sergii Ivanov at the program Антиподи (Antypody) on Iceland channel. The musicians brought to light what they were doing after the beginning of a full-scale war and talked about humanism, the social and political climate in Odesa, the parallels between Intermezzo and the album False Light, etc.

We recommend you to watch the full interview. We have also picked the most essential out of the conversation. Most questions were answered by Andrii Pechatkin.

How war has changed people

The terrible events going on around have opened my eyes to many issues: my own culture, relations with neighbours, everyday life. During the war, you come to realize that every day can be the last. Life has become more valuable and intense.

About Andrii’s collaboration with the BBC

Andrii worked as a fixer and coordinated foreign journalists on the scene.

We have come around the south for the first three months of the war, it was a very fascinating work, and it helped to reconsider a number of issues. A month ago, we went to work for 10 days more. Besides, we were in Mykolaiv during the heaviest shelling when we were surviving 40-50 shelling per night.

There was a main fixer who had been working since 2014. He helped release our prisoners of war,  he’s the dude with an enormous experience. When the first shelling took place, I came out and see him smiling. For the past eight years, every second could be his last one. So he was just enjoying every moment.

I imagine Kyiv as a huge machine – it can give you much and take a lot of energy and emotions instead. The way you identify yourself and try to survive in this “meat grinder” influences much.

Living in a 20-storey building I met people tête-à-tête in the elevator. They were doing their best not to contact with you. One can meet such distancing and closeness in a lot of issues. The more stress there is in society, the less energy you have to just smile at someone.

Parallels between Intermezzo by Kotsiubynskyi and False Light

The main character escapes from the city to the nature to relax and renew his energy. Then he comes back to fight again. But you cannot fight all the time as you’ll burn out.

The social and political climate in Odesa

In the street you can hear more Ukrainian-speaking people. In the building I live in, there are already 5-6 people speaking Ukrainian. Since before the war, I talked Ukrainian just with one woman.

People have realized that russian is the past while Ukrainian is both the present and future. We should build our present and boost the coming of our future. Everyone gradually comes to speak Ukrainian. Though I won’t say that there is a large percentage of them, there’s already a step compared to what it was like before the war.

How many people are waiting for the russians’ arrival? There is a noticeable layer on May 9, April 10 (the day of liberation of Odesa from the German-fascist invaders — ed.) and the other holidays related to the Soviet past.

On April 9 and 10, people were bringing the flowers to the square. A kind of terrible marginality appeared. A man took out a shot of vodka, began to shower the monument and himself, cried, then finished drinking and left.

I came up to him and asked if I could film an interview with him. He attacked me and started shouting that they had taken April 10 from him (that day, the curfew was extended in Odesa to avoid provocations), now they are taking away May 9. After that, he began to shout that he was “not for Russia, but for the Soviet Union – it was nice then, there was a sausage for three kopecks.” This just illustrates the position of pro-russian people. The russian worldview has collapsed, so they are trying to connect themselves to the Soviet period.

These are the reluctance to learn and desire to stay in a comfort zone. If people paid more attention and time to the self-improvement and continuous learning, they would have more questions about themselves.

Since the start of the war, the musicians rarely listened to the heavy metal representatives. Instead, Andrii noticed the musician Mariana Klochko while Yurii found the dark-ambient band Protou. The guys also admitted that they Palindrome who also often appears in their merch.

It should be reminded that on June 22, White Ward released their third album False Light. The lyrics contains references to the works of writer Jack Kerouac and psychoanalyst Carl Jung. Mykhailo Kotsiubynskyi’s short story Intermezzo had a great influence on the lyrics.