ROSES: Cabaret Film about Dakh Daughters band to be released 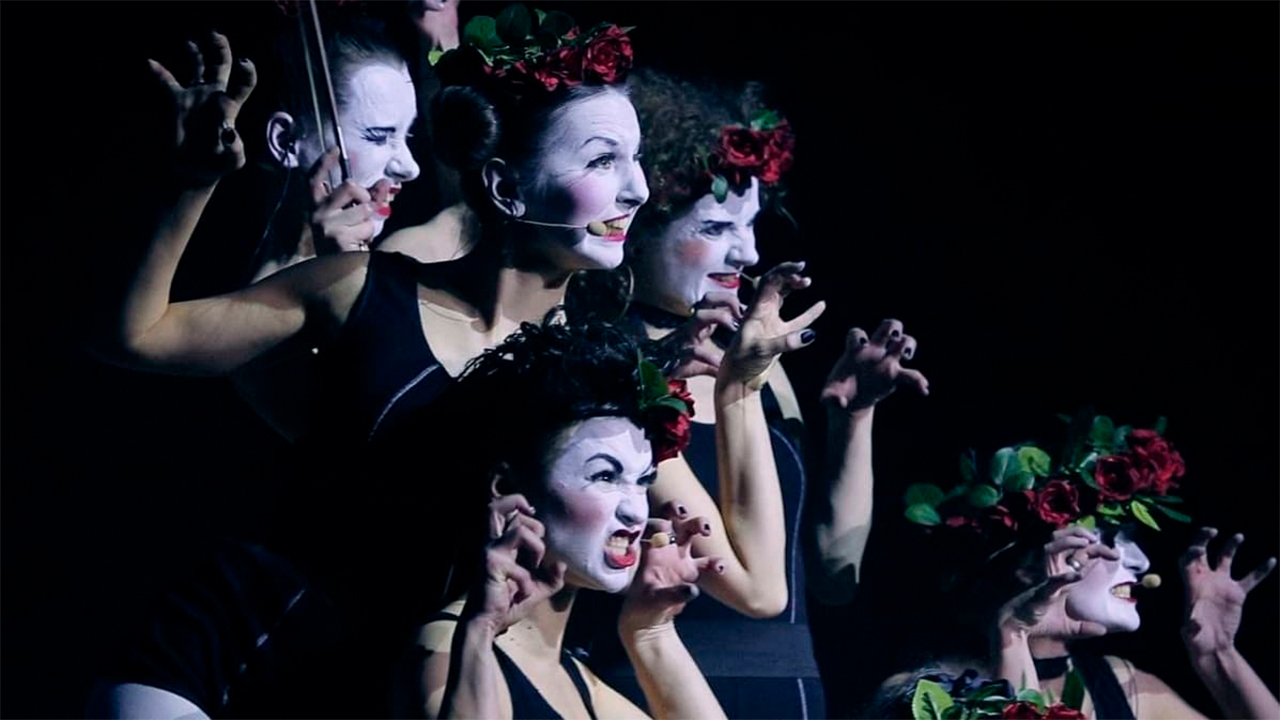 The film ROSES: Cabaret Film will be released on November 24. This is a documentary film about one of the most prominent Ukrainian bands of our time.

The film captures the events of 2014 that marked the beginning of the unification of the Ukrainian people in their own choice of freedom and independence from Russia.

“It seems to me that the film Roses managed to capture the pure energy of the birth of the modern soundtrack. Dakh Daughters created this soundtrack, a Rozy/Donbas song, back in 2012. Exactly one year later, they, together with many Ukrainians, had to go to the Maidan for the right to live in a free, European country,” Iryna Stetsenko, the film director, explains.

According to Iryna, the work on the film lasted six years, and one of the many layers was the study of the path of a woman, an artist, and a citizen of a country that is going through a revolution and a war.

“We have been enslaved and devalued by Russian propaganda for several generations. This is a hereditary pathology of learned helplessness. We always felt second-rate in comparison to Europe and the rest of the world. Although we are not like that.

I am convinced that the state’s policy regarding education and mass media since independence should have been aimed at countering this. However, unfortunately, the older generation of Ukrainians never found out that they had Les Kurbas or Valentyn Sylvestrov.

The worst thing is that a generation has already grown up that was not told about them at school, and even more so, they were not shown on TV. We are uneducated because 75% of us get our education from television, as we have always done and will continue to do. It is a closed circle. However, the more pain, the more power there is to break this circle.

Now the Ministry of Culture should work on creating conditions under which the Dakh Daughters could work here (in Ukraine) because they are the psychologists and educators we need now more than ever. But no. Unfortunately, the current Minister of Culture is the personification of the same criminal propaganda, just now produced to satisfy private business interests,” Iryna Stetsenko says.

Dakh Daughters is a music and theatre project that started in 2012 in Kyiv based on the Dakh theatre. The participants use about 15 instruments and texts by Ukrainian and foreign writers, including Taras Shevchenko, Lesia Ukrainka, Charles Bukowski, William Shakespeare, and others.