OTOY Released Okolofront: Main Contender for Album of the Year in Ukraine 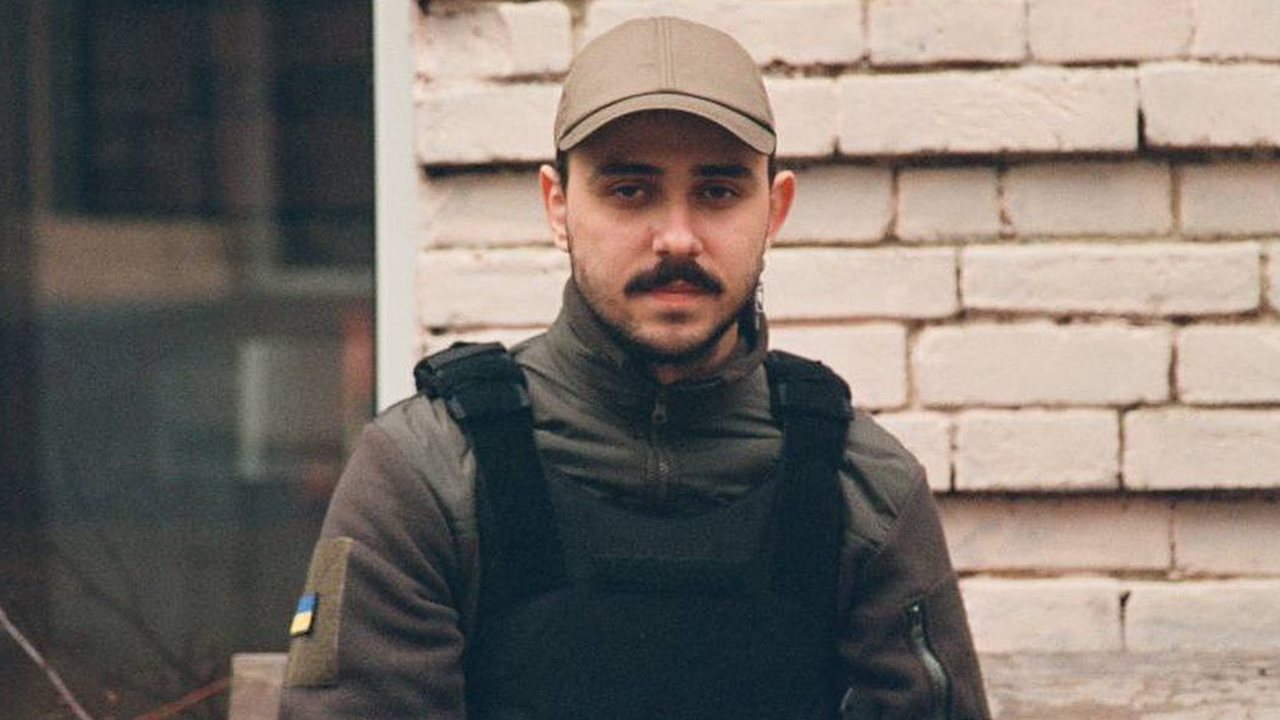 By this spring Viacheslav Drofa (OTOY) was going to release his first debut album. It could finally confirm he’d got a significant name in Ukrainian rap. But when the full scale war started, Viacheslav got involved in volunteering, training as part of the Special Operations Forces of Ukraine, and founded the charity fund “Ahov” . In the meantime, he didn’t forget about music.

Now he is releasing mini album Околофронт (Nearfront), which lyrics is remarkably informative and contains a musically deliberate statement about various aspects of the war. Even now it can be called the main contender for album of the year in Ukraine.

Околофронт is storming at once. The introductory track Енемі (Enemy) is a monologue to the aggressor soaked up with rage containing threatening and mocking to a dirty and harsh sound, a kind of Beastie Boys. It will ideally sound on live at the concerts with drums and guitars.

(We have gray temples from nerves to the neighbor,
The viburnum bent over to create a shadow over the trench.
I aim at an empty head, who wants to bring peace to us,
And the guy who arrived won’t bring us anything else.)

The title track is about the war not as a routine but the life style of every Ukrainian for the last 6 months. Hereinafter, in the mini-album OTOY raps a lot from his own perspective. And this is exactly the case when the words about a tight bulletproof vest do not sound like a typical rapper showing off.

(I live between two worlds for now, there is an enemy, here is a close one,
Dancing here, but for a week my friend has been silent when I asked hiw what’s up?
But then the maturity of me and the people will break through,
To which I have been assigned by soul since the state of the fetus)

Побут новий (New Routine) can be called the continuation of the last track ideas but through the prism of civilians’ lives who started doing the maximum to provide the militaries with necessary needs. This track is also about national unity where “even that cop who used to search us” is together with everyone and about the new skills when all the phone numbers are safe and people know how to bandage.

(This is my new life, my new life is war.
Either in the ground here or ready to spit bullets every day)

The mini album is completed by the dramatic and private Мій брат (My Brother) which is worth listening to in case you know the context. Dmytro Lysen is Viacheslav’s cousin, a fighter of the Azov regiment and a Mariupol defender, whose fate is currently unknown.

This track is about respect, gratitude for a real-life example from OTOY. It contains a chorus consisting of the track’s title and due to the effects, sounds like it’s performed by a choir.

(My brother makes jam out of them,
as soon as the oxygen runs out, a new attack occurs.
Get up, take everything out with dignity,
Because when everything calms down, you have to be an example to everyone.)

Among the similar songs about the war, mini album Околофронт is like a breath of fresh air. The relevant lyrics where every line is a lived life, concentrated punches and a considerate sound. This is an essential addition to the Ukrainian music during the full-scale war and one of the main albums in Ukraine.

Listen to him on the next digital platforms: Apple Music, Spotify, YouTube Music, Deezer.