Kalush Orchestra asks to drop a Russian DJ from the festival line-up, where they should have played. What happened 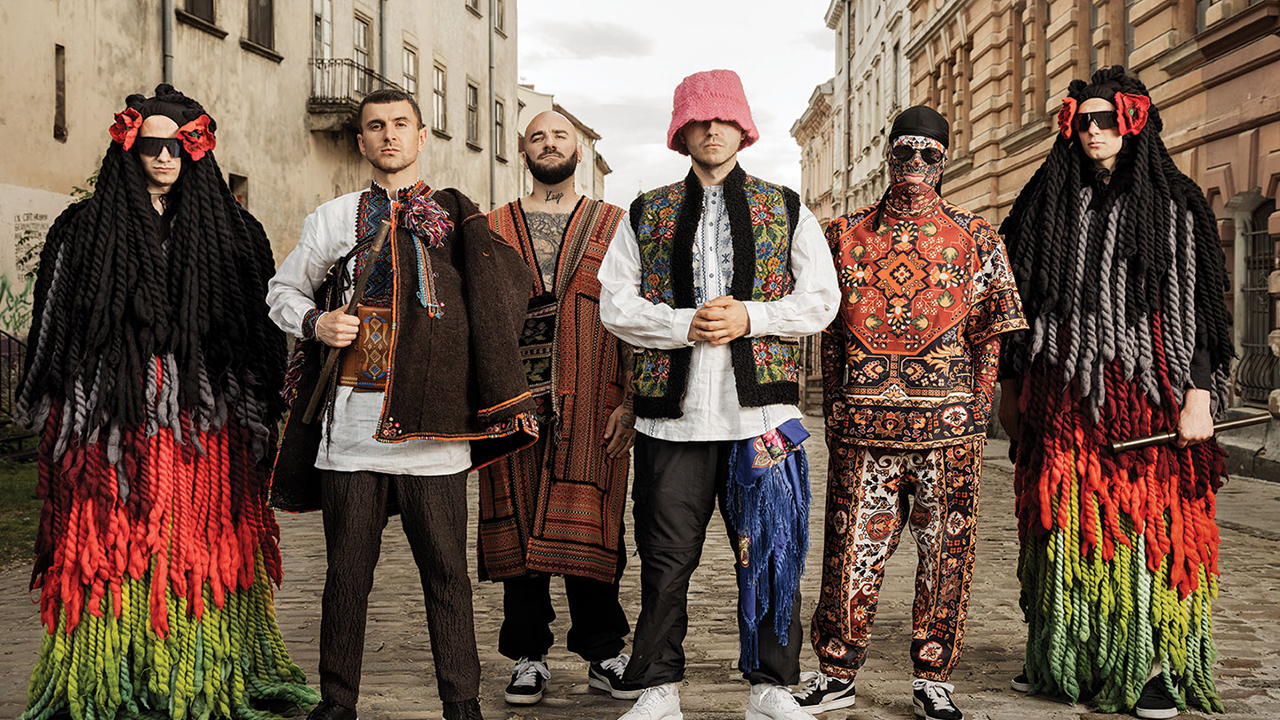 It seemed that Kalush Orchestra committed enormous treason but, fortunately, it’s not.

Between August 26th and 28th, the Sea Dance Festival in Montenegro, one of the Serbian EXIT festival’s projects, will be held. Amongst participants this year lists Kalush Orchestra which was lined up on the same day with a Russian DJ and headliner Nina Kraviz.

Kalush Orchestra was among the first announced participants of the Sea Dance at June’s beginning. In the middle of the month, Nina Kraviz was announced. Line-up with day slots was revealed on August 6th, and also that Ukrainians and a Russian were put on August 28th. 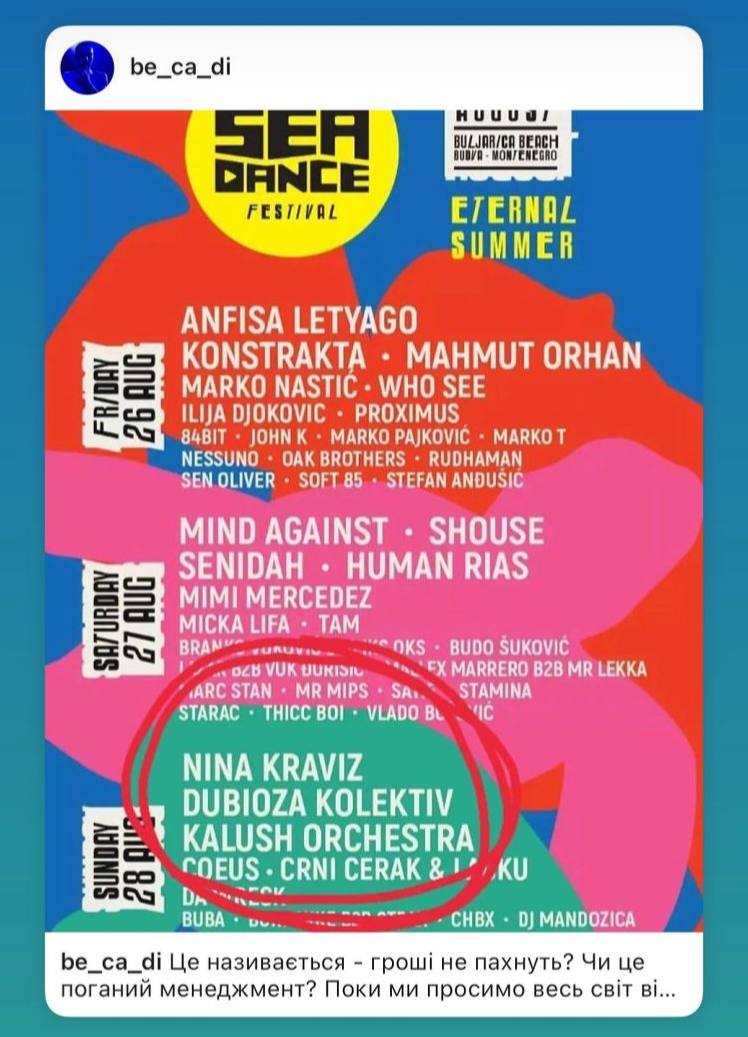 The post drew the attention of an electronic musician Be_Ca_Di and on Instagram asked Kalush Orchestra and label ENKO to explain the situation (the post is deleted now).

Later in the evening, on the band’s Instagram page were filmed stories where Oleg Psiuk tells that they wrote to the festival’s organizers with a request for dropping Nina Kraviz from the line-up. Otherwise, they will cancel their performance.

He also tagged the Sea Dance page and asked to “write for her banishing.” Right now the comments section under the line-up publication is closed. 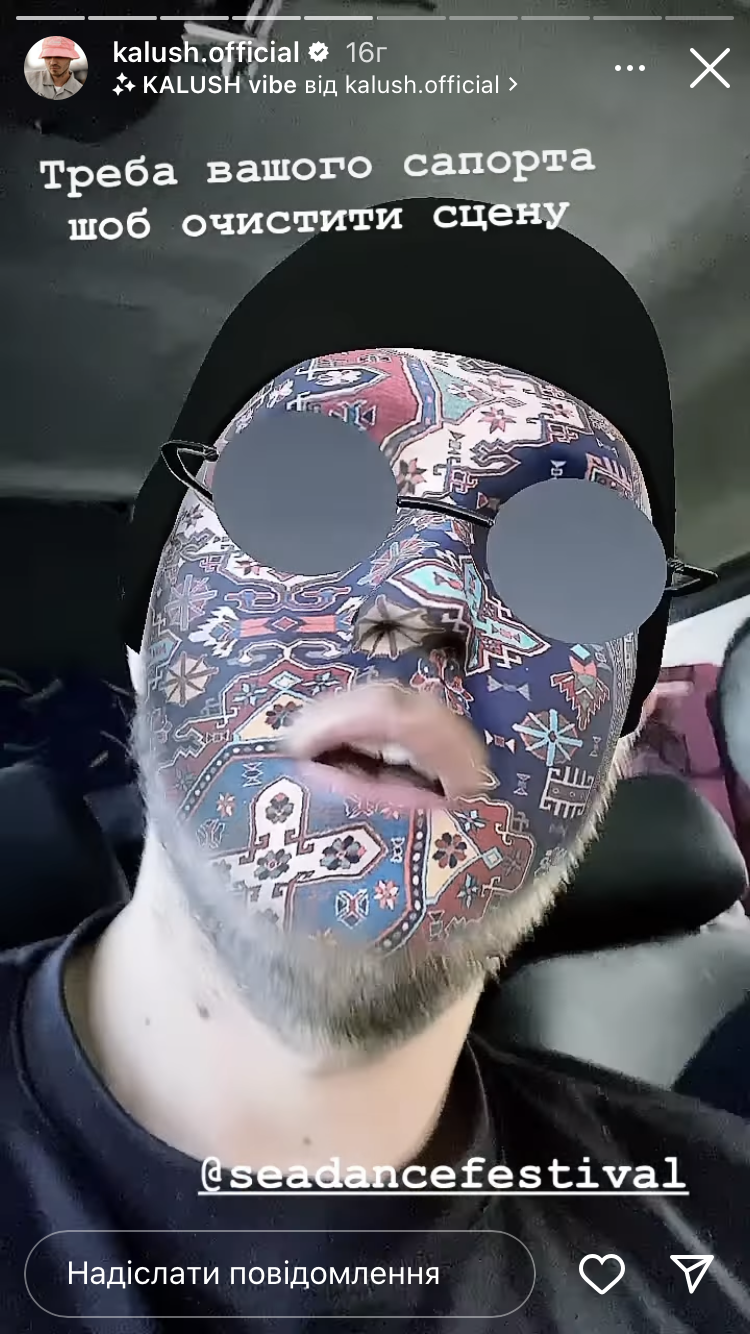 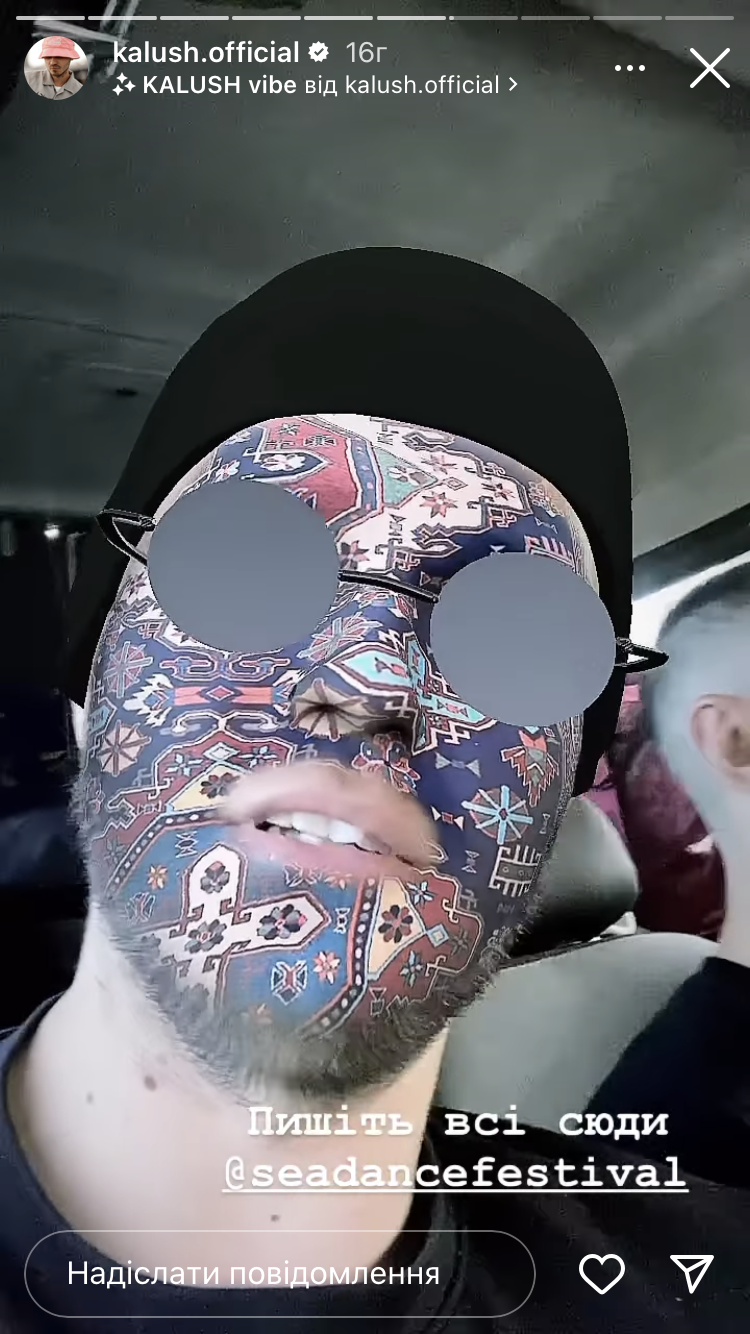 DJ and producer has mixed reputation in the field of Russian-Ukrainian relations, she was accused of sympathy for the USSR and the current president of Russia. Like at the Coachella festival after the annexation of Crimea in 2014, where during the set Nina Kraviz held a cardboard figure of vladimir putin.

On February 26th she published an Instagram video with the word “Peace!” on the paper and a description: “I pray for peace”. In May, it was revealed that the Clone Records label terminated the contract with a DJ and her company Trip Recordings. The reason was, as the label said, the DJ’s silence on the war topic and previous controversies.

After the Clone Records’ article, on May 17th DJ published a huge post on Instagram about the situation. Here is the part:

“If I wished to illustrate the pinnacle of determinism, I would give current times as an example. Everything we were involved in in the last decades, reached its peak when unstoppable streams of lies and hate without clear reasons lead to the inevitable violence, instability, and conflicts between people and countries”

At the end of May, Nina Kraviz was dropped out of the line-ups of three festivals: The Crave (the Hague, the Netherlands), Movement Music Festival (Detroit, the USA), and PollerWeisen (Cologne, Germany).