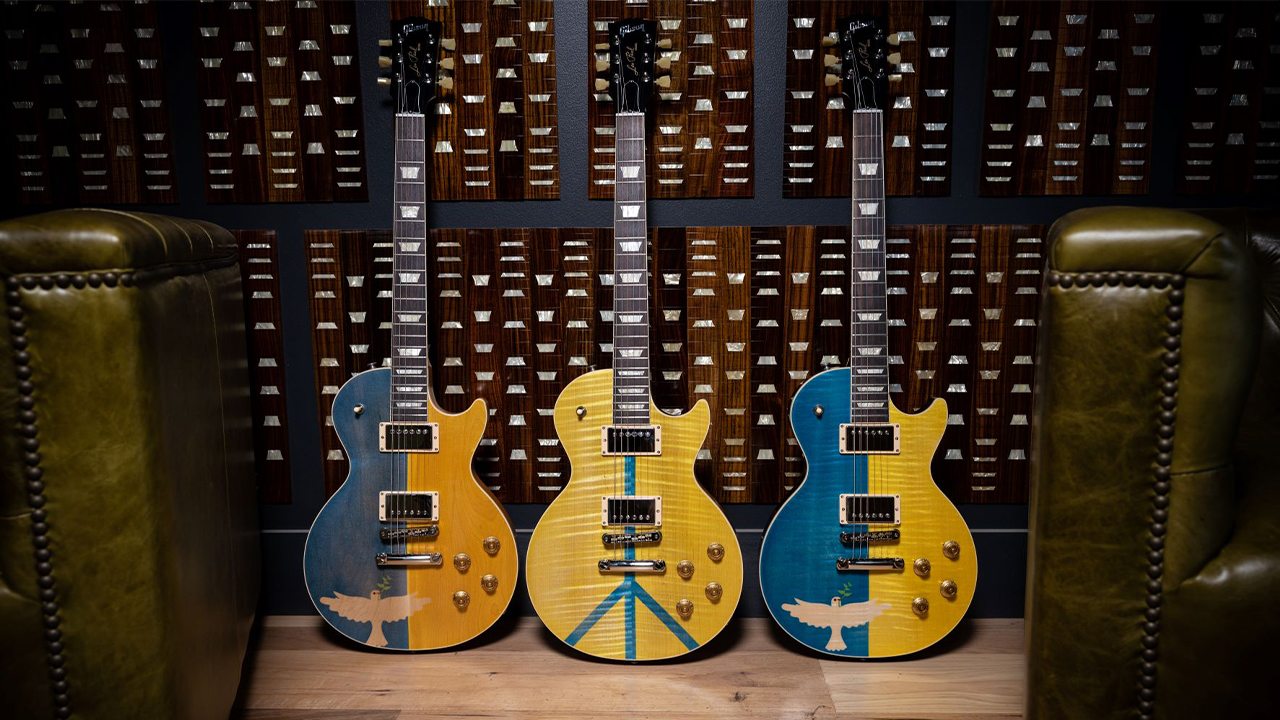 One of the world leaders in guitar manufacturing, an American company Gibson, created four electric guitars Les Paul Custom in blue-and-yellow colors. The company plans to auction them to help Ukraine and raise awareness of a full-scale war among people.

The first concert takes place on September 10 in London. After that, DakhaBrakha will tour the cities of the US until the middle of October, and on October 13, 14, and 16, the band is giving concerts in Mexico City, the capital of Mexico.

First, the guitars will be sent on a tour: they will be passed from one artist to another, and, in the end, they will be auctioned on Julien’s Auctions platform, where the personal things of the other celebrities will be presented as well — the ones of Michael Jackson, Paul McCartney, Elton John, Bob Marley, and others.

All the money made from the Gibson guitars’ sales will go to humanitarian aid, especially to the British fund Disasters Emergency Committee, which helps people affected by disasters and humanitarian crises all around the world. The money will also be spent to resume musical programs in Ukraine after the end of the war. The bidding will continue from 11th to 13th November.

Also check this article about Ukrainian folk instruments that you might know nothing about.