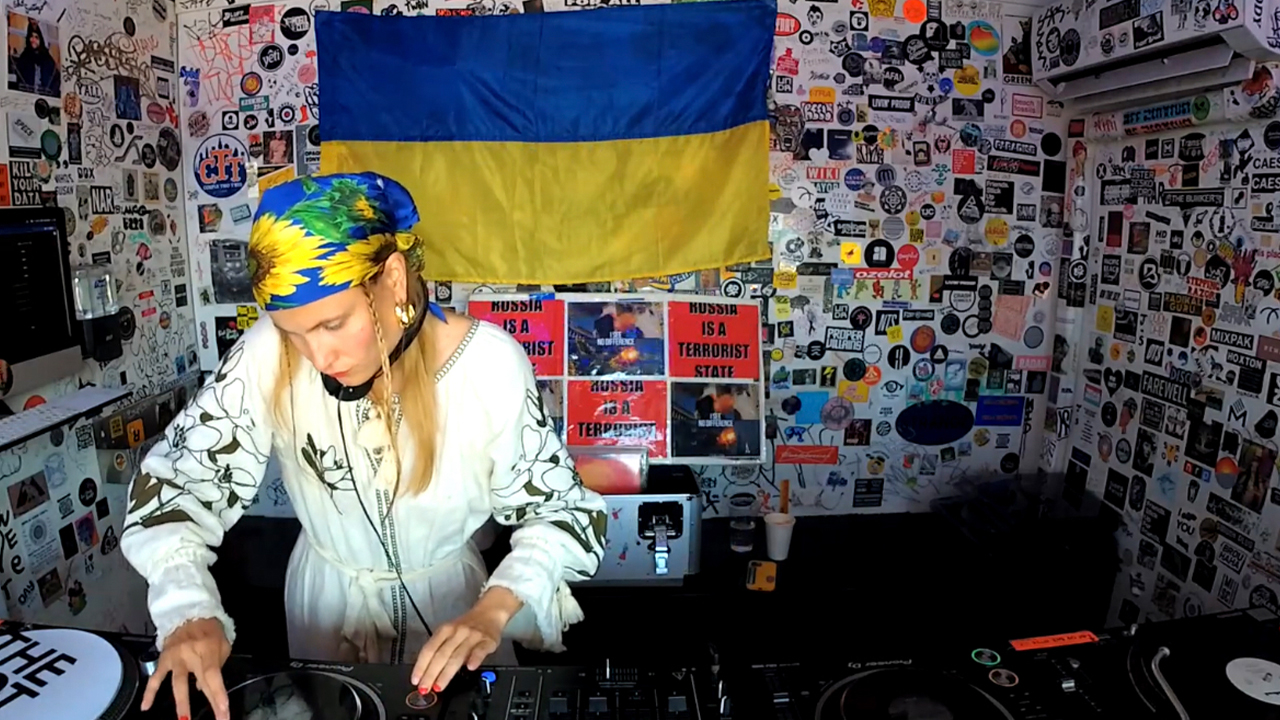 On 31 July, DJ Daria Kolomiets played a set at the Lot Radio of New York — a famous independent radio station of electronic music.

The set entirely consisted of Ukrainian music. This was the first performance on such kind in the history of The Lot Radio. Daria combined music of different times: folk, pop of the 1970s, the music of her contemporaries. Some tracks that had no digital versions were played from vinyl.

“I want to show you how unique Ukrainian culture always was and is. It has been not only for the last 10 or 20 years but for centuries. Today you will hear it, and I hope you will feel our Ukrainian roots, our power,” commented on the performance Daria.

The DJ played the set during her trip to the USA, the aim of which was to spread information about the war in Ukraine, to deliver the truth about the military crimes of russia, and to acquaint the foreign audience with Ukrainian culture. During her almost five-week stay in New York, Daria Kolomiets took part in numerous actions and local initiatives aimed at supporting Ukraine, played a set in Le Bain club, and also gave interviews to big media, especially to The New York Times.