“War is not pop”: listen to the ironic song of Ukrainian and Lithuanian singers about (not) getting used to war 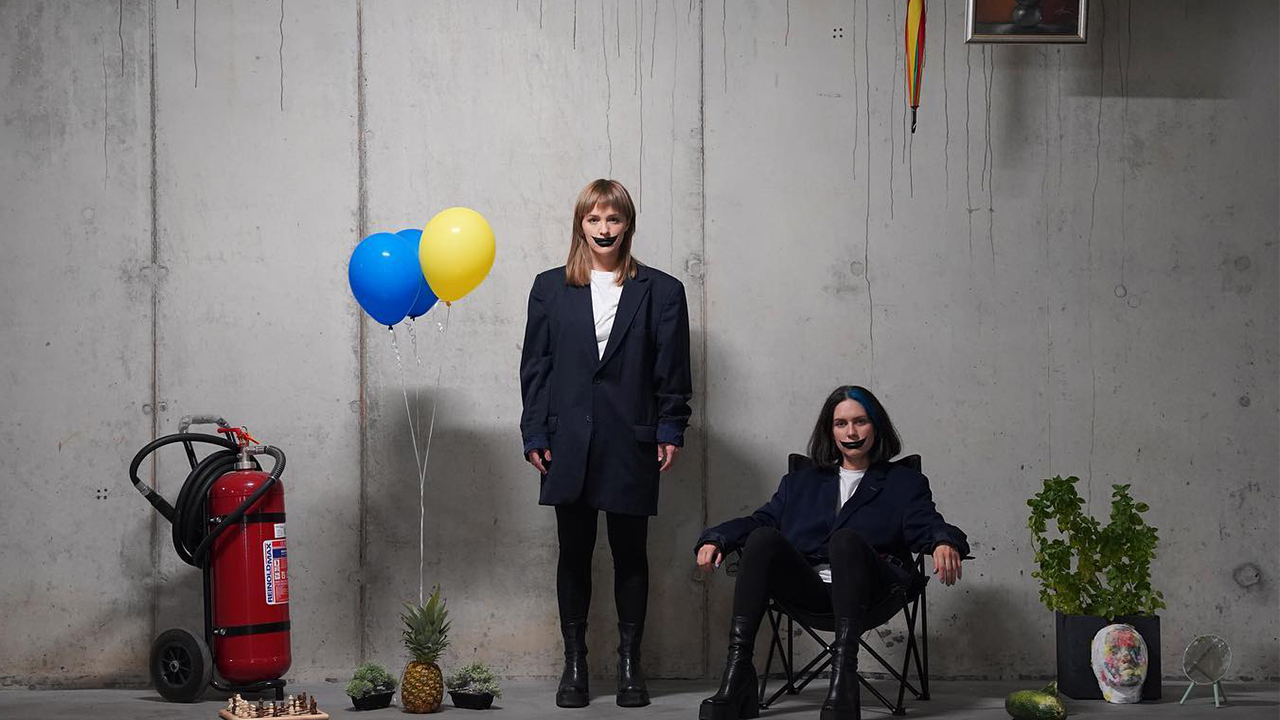 Ukrainian singer Ira Lobanok from the Krapka;KOMA duo and Lithuanian singer Bjelle released Not a Pop Song. The ironic and sarcastic song tells us about the everyday life of Ukrainians during the war: they wake up, brush their teeth, drink tea, and then run to the shelter because of the air alarms.

That is, the entire absurdity of war in the 21st century and the ability of Ukrainians to turn even a missile threat into a joke and make memes out of it are demonstrated.

The singers also touch on the subject of the experiences of those people who are currently abroad and are unlikely to return home in the near future.

«People all over the world are tired of the war in Ukraine. War is too sad, right? So we made a fun song about the war», — Ira Lobanok comments on the song.

Krapka;KOMA are currently on a European tour, where they collect funds for the Musicians Defend Ukraine fund. It supports Ukrainian artists who went to the front.