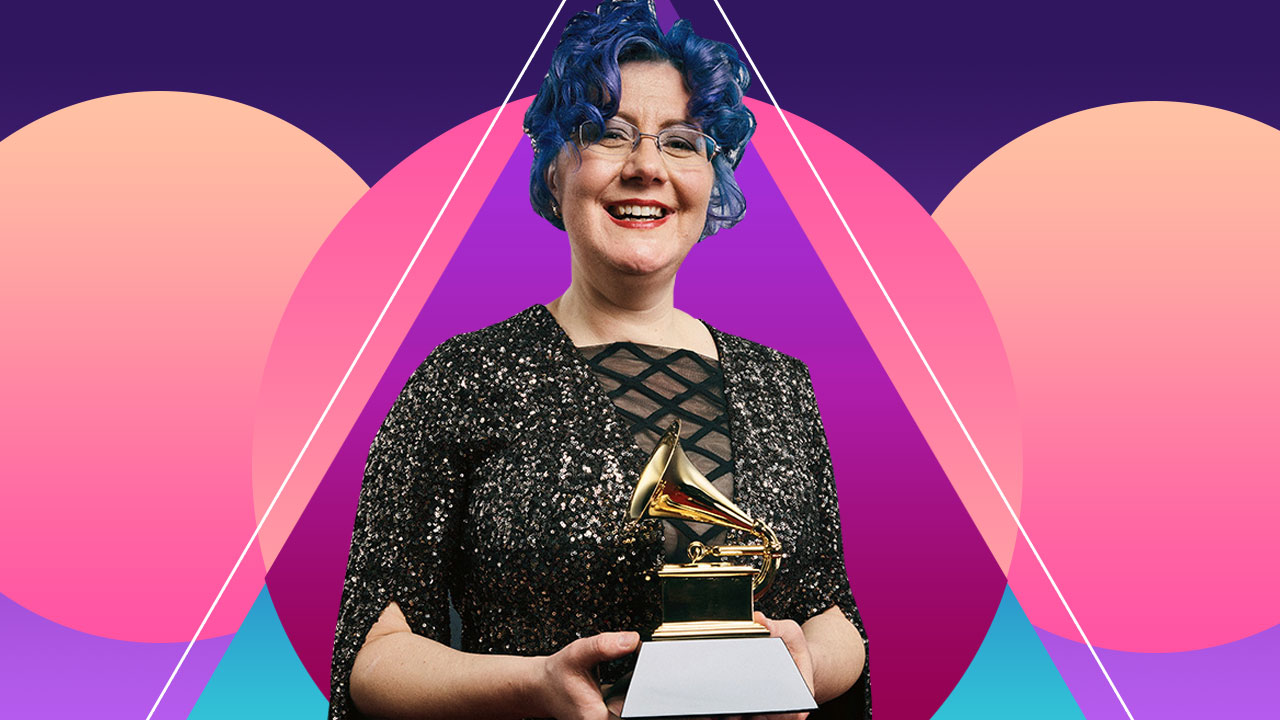 “Ukraine and America are parts of me”: Nadiia Shpachenko about Grammy, emigration, and Ukraine

Two years ago American-Ukrainian pianist Nadiia Shpachenko won an award at the Grammy-2020.

Most media called her “Ukrainian” despite her emigration to the US almost 30 years ago. People on social media were skeptical of praising the pianist, who could not be associated with Ukraine as they thought.

Journalist Maksym Komliev took an interview with Nadiia and learned about her attitude to this and the fact her home country began discussing her only after she was awarded the Grammy. Read what memories she has about her childhood in her native Kharkiv, education, and career in the US, and how a pianist is introducing the world to the music of Ukrainian composers.

— You migrated from Ukraine right after the declaration of independence, at 14 years old. What is your warmest memory before relocating?

All my memories from childhood are warm. I liked to walk in the Horkyi park in Kharkiv, I remember my friends. I had an ordinary childhood except intensively studying music. Mom taught me how to play the piano, while in music school, I played the flute, and the cello, and attended composing lessons.

All my music basis was formed in Ukraine. Later my art was developed in America.

At 12 years old I had my first important concert with the Kharkiv Symphonic Orchestra. I wrote the music by myself and even came 2nd in the all-Ukrainian young composers’ contest.

Also one of my memories was how I traveled to Kyiv, where I lived and performed in the composers’ house. I was interviewed, and I got on TV and radio. Those were the good times.

My childhood is very important as one of the stages of my life. I still play music written by Ukrainian composers. Also, I toured Ukraine a couple of times.

— How did you adapt to life in America?

Firstly I came here alone, without parents and money. I lived for free with a woman who had a piano, accompanied, and earned some money with music. Later, my mom arrived.

I played piano for 8 hours a day while learning other subjects. I didn’t care about money – I wanted to play music. I invested everything in lessons and skill improvement. I started without connections or money but I was improving my skills and building a career from zero in the US, and I achieved what I wanted to.

— How your career in the US was developing?

I came to America for learning. Firstly I entered the Longy School of Music of Bard College in Cambridge for a bachelor’s where I had a full scholarship. Then, for a master’s and as a graduate student in the Southern California University in Los Angeles.

I had a good school: firstly I was learning with my mom in Ukraine, then with Viktor Derevianko in Israel, then with Viktor Rosenbaum and John Perry in the US. All mentors taught me a lot and differently. I grew as a musician thanks to them.

After the master’s I got more interested in modern music. I played it before, I and my mom were learning works of 20th-century composers in childhood. When I graduated, many composers started to write music for me. Back then my main direction was promotion: I played premiers, recorded CDs, and performed a lot. It is actually what I love to do – to share new music.

— What is the difference between Ukrainian and American music schools?

Learning in Ukraine was based on imagination and only then on improving the skills. Before starting, I needed to imagine what I wanted to give the audience. This technique was developing the emotional side, therefore, it enriched the music itself. It always excited me. At least this was my teacher’s approach, my mom’s approach.

I can’t say the difference in teaching between my Ukrainian and American mentors was huge. First mentors in America were similar in approach. But Ukraine had more accessible and cheap music schools, while in America they were more expensive.

The priority here (in the USA) is for private lessons, and then goes the theory, music history, and other subjects in high school. Ukraine gives it to children while they are young, from the beginning of school.

So, it was easier for me to learn some theories and other music subjects in the conservatory as I have already learned them in Ukraine. My music theory mentor in Longy thought the curriculum was too easy for me so she gave me private lessons, where she taught the higher-level theory at a faster tempo.

I know and work with Ukrainian and Ukrainian-American performers and composers. I contact some composers and play their music. I worked a lot with Yurii Ishchenko, a professor from the Petro Chaikovskyi National Music Academy of Ukraine, for example. He composed for me a piano concert and I played it at the premiere in Kyiv, firstly with an orchestra in 2006. Later, at Kyiv Music Fest 2008, on Yurii’s 70th anniversary, I performed this concert again, but with National Orchestra. After this, he composed Sonata №6, which I presented firstly at Kyiv conservatory, and then in America. It was a full-scale tour in the US.

But also with the composer Oleksandr Shchetynskiy, whose plays I performed at the premiere in New York in the 2000s. Next May (2021), I will co-work with Ukrainian-American violinist Myroslava Khomik and American cellist Kate Dillingham at the Queens New Music Festival by performing the plays of Ukrainian composers.

— Do you have an interest in the music of other directions but academic?

I can’t call my music an “academic,” to be honest. Of course, every play is different and you can hear the influence of other genres such as rock, pop, and jazz. My goal is to connect these genres. The classical music that I play isn’t as classic as people can imagine. It’s not Beethoven or Chopin, not even the traditional modern music.

My repertoire has music that is just different. For instance, I play for toy piano and sing sometimes. Those sound very simple and emotional.

— Lately, in the music category of the Shevchenko Prize, DakhaBrakha and Vivienne Mort were nominated. Academic music representatives were not happy as this prize was always awarded to classical musicians, not to pop music ones. What do you think about it?

I think it’s fine. I suppose every piece of music is important and you need to listen to different styles, not only classical. The academic section also must be interested in different genres. I don’t know exactly these performers but I will listen to them.

America had the same situation. There is a Pulitzer Prize, and in 2017 it was awarded to Kendrick Lamar, and lots of people didn’t like this. Mostly because this prize is awarded to modern classical works. But I stand by the opinion that any other genre can win the prize if it is prominent.

— In your opinion, what is the current status of the Grammy? How much is it prestigious actually, not historically? What does it give to the musician?

It had status then, and now it’s still huge. Unfortunately, I can’t tell what it gives to the musician as I got mine only a week ago.

As for concert offers: yes, since the Award there are more concerts than before. I hope Grammy will show me an easier path in the promotion of music.

— Some people are rather skeptical of the Grammy as often people who deserve the nomination are not nominated. What do you think about this?

I don’t know all details, but disputes usually are referred to the popular styles, shown on TV in the evening.

In my category, the quality of artists who get nominated is very high. I’m glad they were. Even this year, there were nominees for modern classics, and not traditional, I support it. I’m very thankful to Grammy because they help to spread exactly the classical music of today as it is what we leave to future generations. These works will be performed both in 100 and 200 years.

I didn’t work just to get Grammy or other awards, I worked because I love it. My goal was to introduce people to the new music, Ukrainian in particular. I’m just delighted that my work was valued like this. We’ll see what it will bring in the future.

— Sometimes you are called a “Ukrainian” performer. How do you relate yourself to Ukraine?

Growing up in Ukraine was an important aspect of forming my musical identity which I continued to develop in the US. Here, in America, I identify myself as a Ukrainian-American pianist, so, maybe, it is the best way to identify me in Ukrainian media as well.

I continue to cooperate with Ukrainians, promote Ukrainian culture, and right now, I feel like an American-Ukrainian musician. Ukraine and America are parts of me.

—– Were you disappointed that people in Ukraine started to talk about you only after the Grammy award?

No, why? Of course, not. I visited Ukraine for concerts, but I am indeed unknown to many, there was not too much interest. I think it always happens like that – when the person gets interesting, people talk about her.

— If you are invited to play in Ukraine, will you come?

Gladly. I was asked a couple of times to tour Ukraine. I hope I can do this soon.

Read also the interview with Oksana Lyniv, one of the best conductors in the world and the first woman conductor of opera and philharmonic orchestra in Graz, Austria.