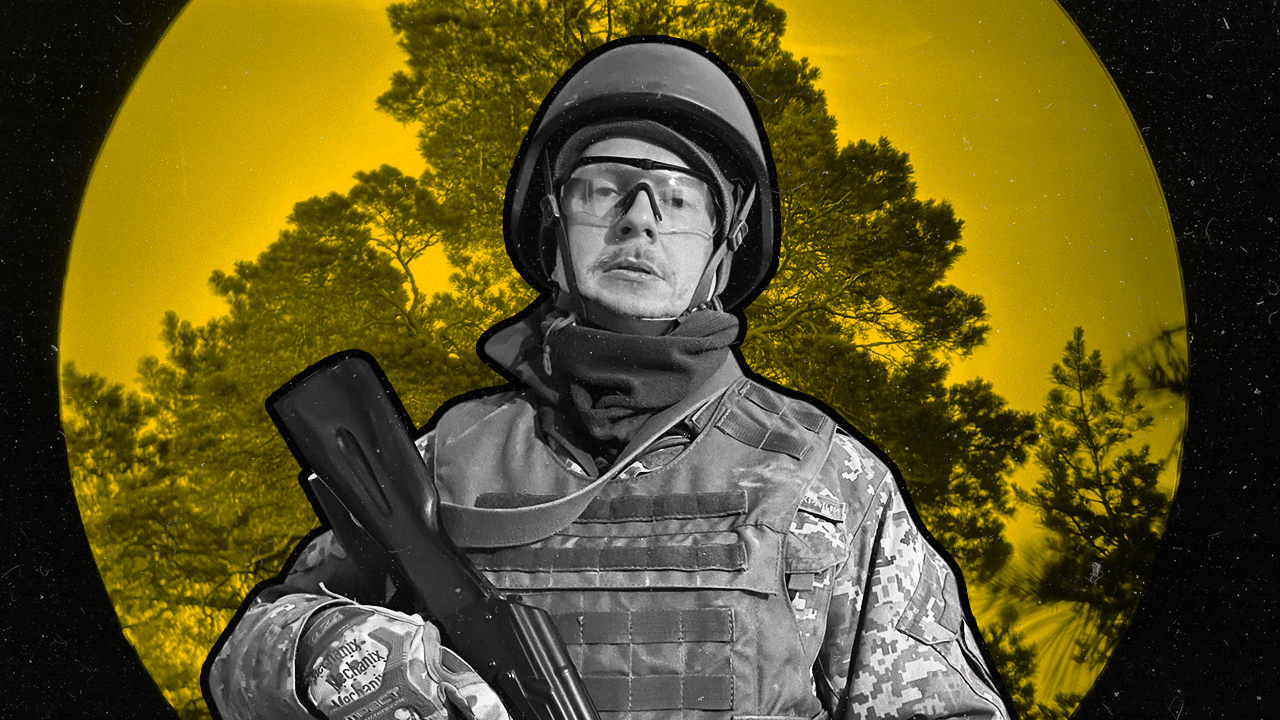 Roman Vintoniv: about the song “By a Fingerprint”, service in AFU and a change of role

Journalist Roman Vintoniv, aka host of the Ukrainian YouTube channel Toronto Television (Телебачення Торонто) Michael Shchur, and now a sergeant of the 112th Territorial Defence brigade of Kyiv presented a personal charity photo exhibition “Watch” in Kyiv Squat 17b on September 24. It will be available till October 7.

Journalist Anaid Ahadzhanova has talked with Roman about how the idea of a photo exhibition was born, his initiative in the army, vacation activities during the war, the new track “By a Fingerprint” and the reason Ukrainians should still get ready for the worst. 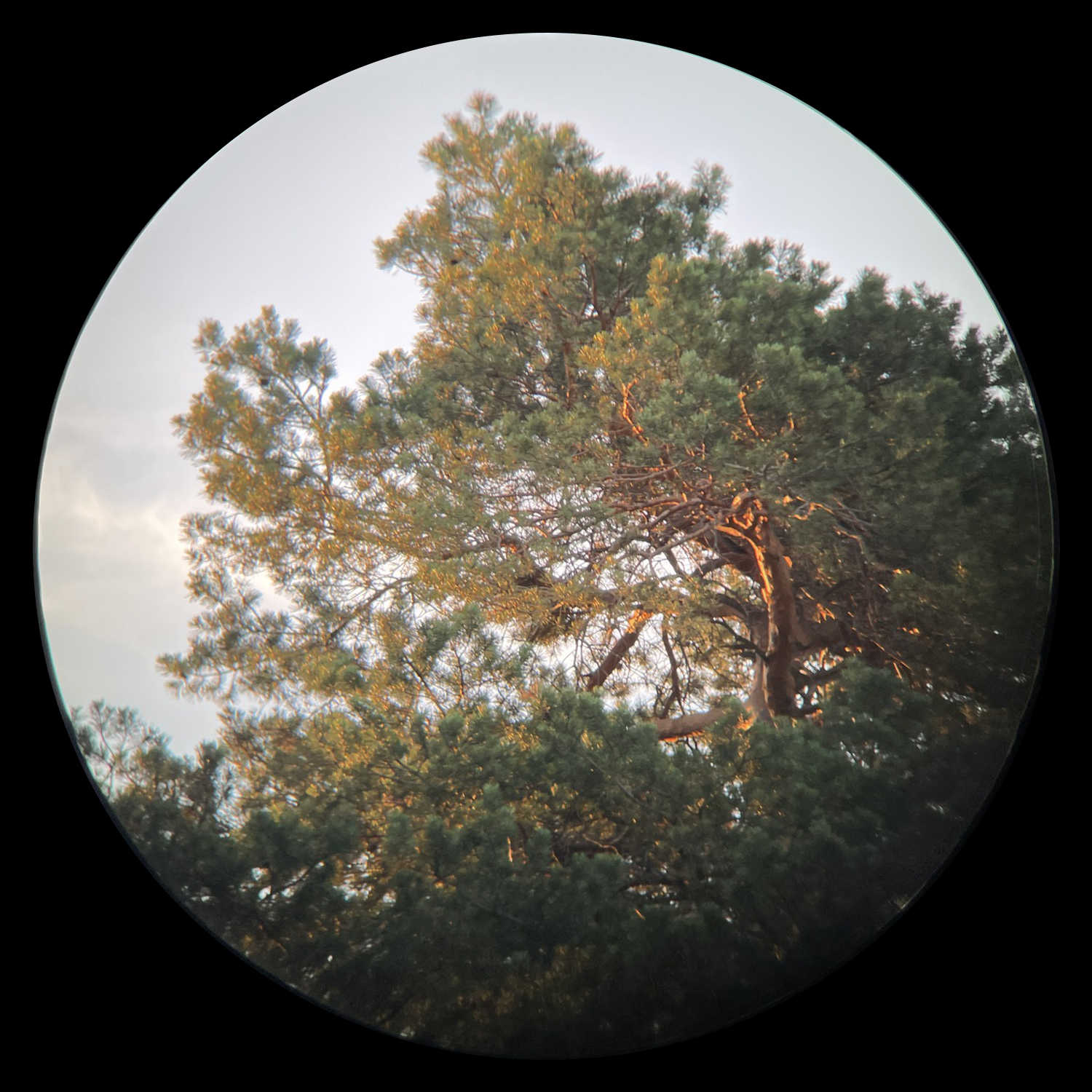 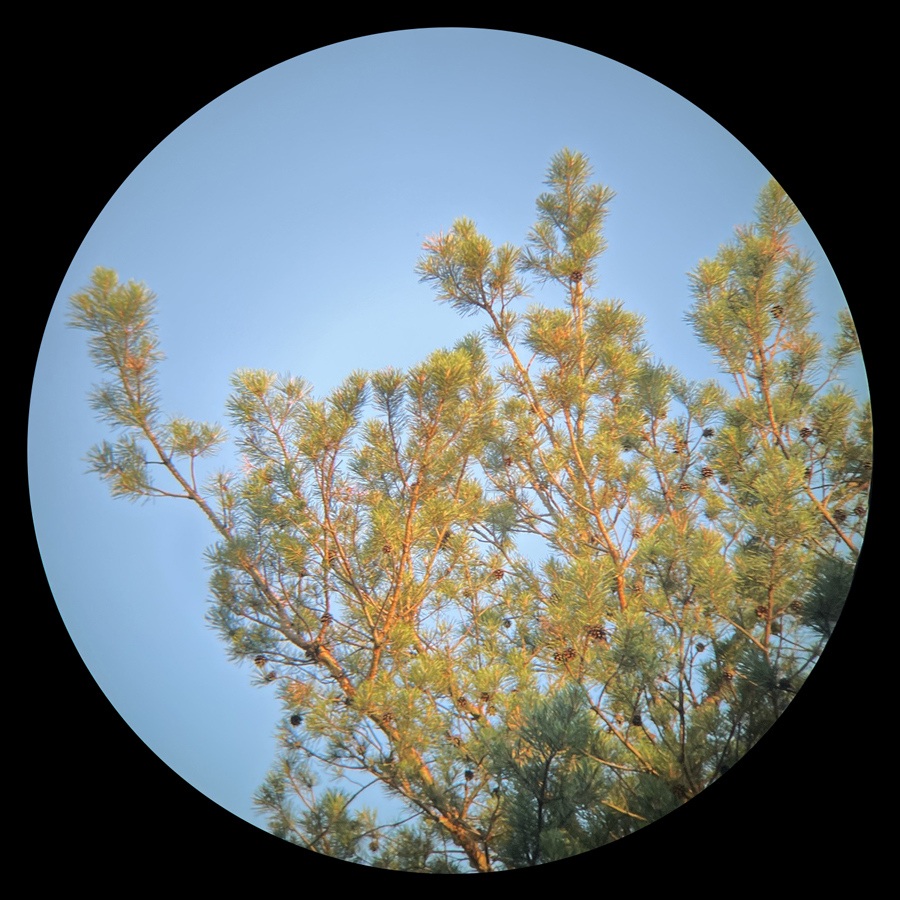 About the photo through binoculars, the exhibition idea and the name referred to the military team

Initially, it was not planned as an exhibition or as a photo exhibition. Since I had to stand for a long time in one and the same place, I looked at what it looked like through binoculars. I realized that I was staying there early in the morning, late in the evening, as well as in the afternoon – so I began to take pictures of the same trees in a different light with my phone through binoculars. I found that interesting and started posting on Instagram. That’s all about the idea.

Soon after, Daria Kryzh (a co-owner of Squat 17b) discovered these photos and said, “Look, we do exhibitions in Squat every now and then. So, let’s show your photos, make an auction, and you would buy something for your team with the proceeds. We have chosen photos and made a test print. The only thing is that I had to struggle with a name.”

Nowadays, we are living in a world where little things seem insignificant and then turn out crucial. Actually, it must be like this somewhere. Surely, it is not a rule but occasionally some hidden processes take place. Either they are not visible or they can be seen only by some slight details. War is all about this.

Both sides are hiding from each other, and hide in such a way that they cannot be seen. So the enemy can be detected only by some slight details. For instance, with a drone, you can spot a small corner of a car or some kind of equipment that is peeking out. Then theyhit that place. Furthermore, you can get noticed by a cigarette butt, a fire from a firelighter, smoke, or something else.

I don’t put such a deep meaning into the name Спостерігайте (Watch). Most likely, this has happened by chance. But, mainly, the whole life is about it. Someone who is watchful discovers stuff more often than someone who is inattentive. 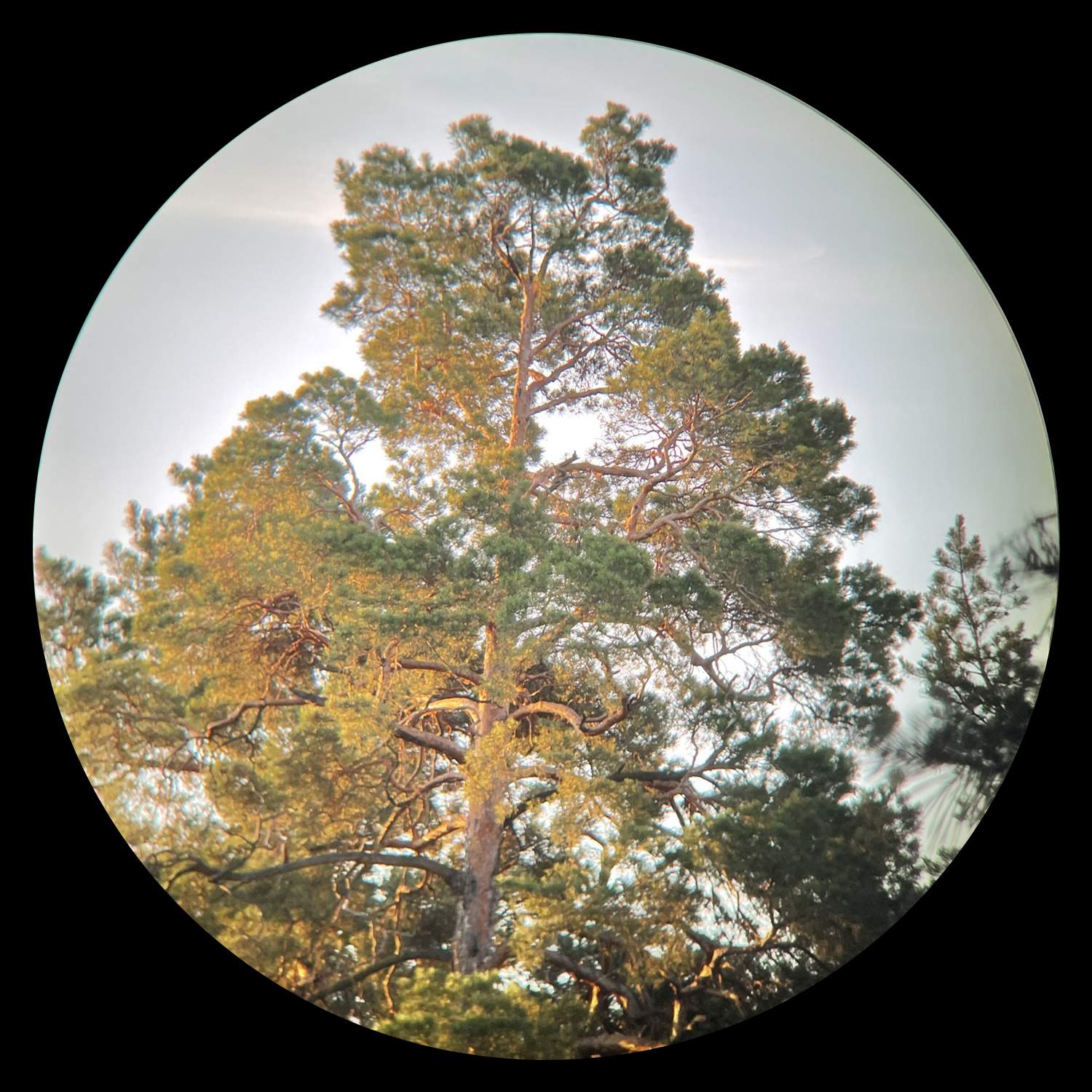 About tinder, the role change, and vacation activities during the war

I have never used Tinder (a meeting and dating app). But when I was sitting for a long time without anything to do, I became interested to see how it works, and I registered. Since I was on duty, I hid my location and just started swiping. I swiped for a while, got bored, and deleted it. That is, I did not find anything there. I did not meet love.

I had no problems with taking a new role, the lack of so many opportunities to be as enthusiastic as I used to be in my civilian life, it was not uncomfortable for me. I feel quite comfortable.

Likewise, I do not feel isolated from any partying. In no case do I have anything against it, and on the contrary, I am happy for the others. When I come to Kyiv from my military unit for the weekend, I happily go to a pub or bar. I am happy that people are relaxing and drinking over there. I’m glad I can sink into a more cheerful atmosphere. Just because people are sitting there doesn’t mean that people aren’t sad about the war.

It’s like a normal life, although it’s different because of the air alarms and the curfew. Anyway, at the end of the day, everything that can be normal in this world stays that way, and I’m glad about that. All this is cool. I’m not a party person, so I would hardly be part of this anyway.

Roman is serving in the Armed Forces for the second time. He was first drafted into the army in July 2015, as part of the sixth wave of open mobilization announced and held in Ukraine on March 17, 2014, that is, from the beginning of Russian aggression against the sovereignty and territorial integrity of Ukraine in order to counter this aggression by the Russian Federation. Roman served 444 days in the educational center of the village of Desna (Chernihiv region), in a group of enhanced training with the aim of further participation in the Anti-Terrorist Operation. Vintoniv was demobilized on October 18, 2016 and returned to work in mass media.

About work in the army, initiative, and satisfaction with the result

Actually, it just seems at the first sight that there is no space for demonstrating your super proactive nature in the army. There is. You can find a lot of work here and do it. Really.

Surely, you can’t make any decisions on your own, like either going to the supermarket or drinking beer. However, it doesn’t mean that you are restricted. Naturally, everything here is directed from above, you are told what to do or what not to do, but mostly, there are enough areas where you can demonstrate enough initiative and bring benefit. 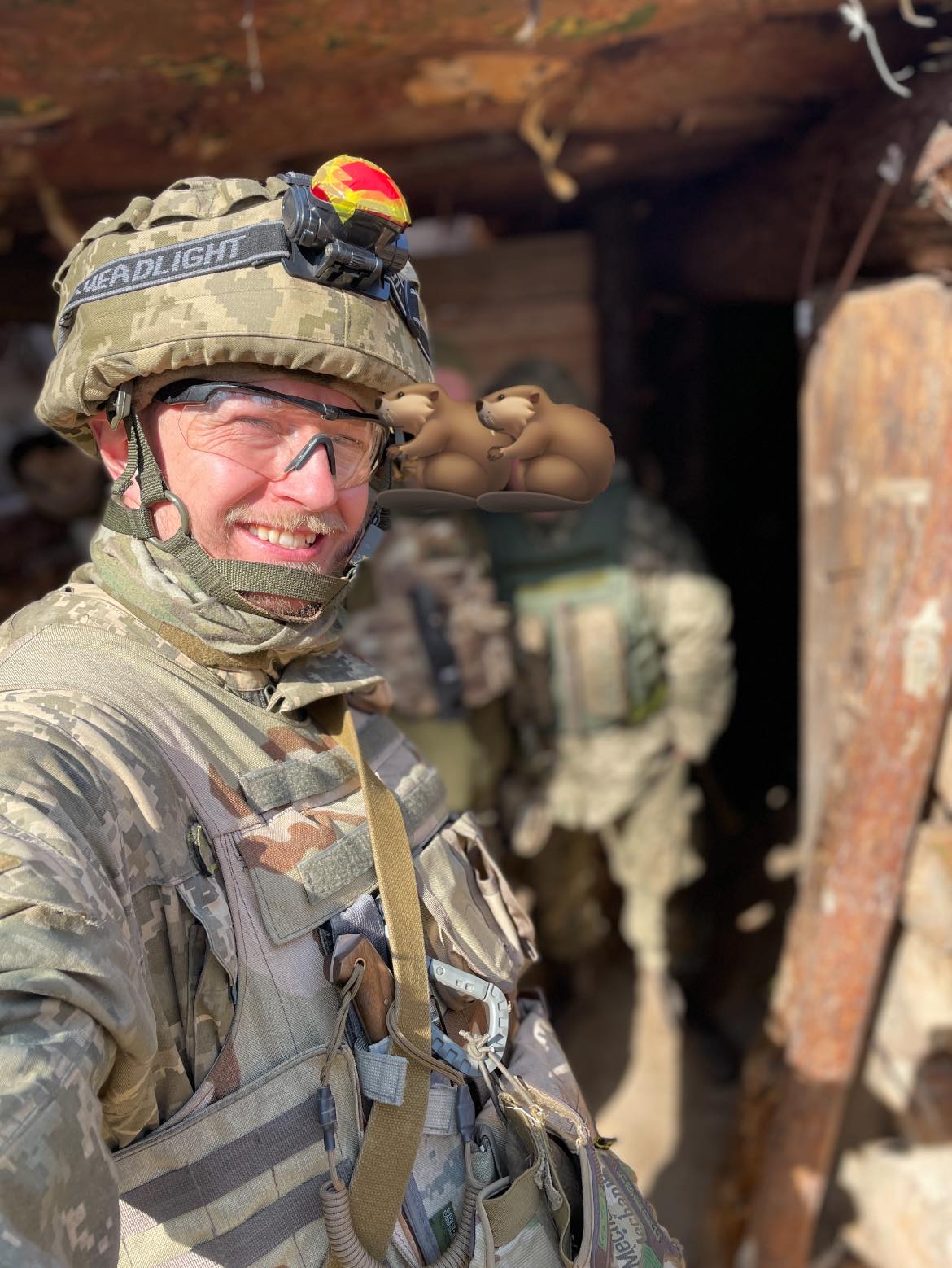 In the most difficult moments in March/April, 2022 when I had already started feeling rather confused in my mind, so I took a broom and started sweeping the corridor, where no one had ever swept before. Here you are, here’s the initiative. No one particularly told me to do it. I just took a broom on my own, swept this corridor and tried to do it for the hell of it. It really gave a rest to my head and somehow helped me.

Seeing the result of one’s work is very satisfying. Without getting satisfied and seeing the result of my work, I get a bit nervous. So I just made cleaning: after it had been dirty, it became perfectly clean. So I slept well a couple of days later. Psychologists also talk about this. It’s a kind of exercise for the psyche: when you can’t control the situation with the chaos going on around you – do what you can control. It helps a lot.

In the early 2010s, in one of the interviews, Roman said he had music as a hobby. When he lived in Lviv, he was a guitarist and vocalist of the band Tracer (Трейсер), after moving to Kyiv he played in the Extra! Extra! band, but left it. His ironic track Guitar Plunk, dedicated to Ukrainian ex-president Viktor Yanukovych, became quite popular, turned into a meme, and the video, shot on the Maidan during the Revolution of Dignity (2014) events, reached more than a million views on YouTube.

How the track Відбитком пальця (By a Fingerprint) was recorded

In fact, in one of the conversations with my psychotherapist, I got the advice, “Find something that fills you up, what you are fond of.” And I began to think and remember: what really fills me up? I remembered training and music. So I got involved in it. I downloaded a program for creating samples on my phone and started playing with it a bit. At first, I came up with one topic, but it didn’t work for me. Then more and more, and all of a sudden: bang! – there was such a topic that touched me directly and the words themselves began to be thought out one by one. That way the song appeared.

As I had just the experience of, let’s say, recording a song in a peaceful time, I didn’t really understand what to do with this stuff next. So Anton Slepakov’s surname (Вагоновожаті (Vahonovozhati), Warнякання (Warniakannia)) came to my mind. It was he who I recollected first.

I texted Anton with a request to advise me of someone who could help me. I had an idea, a text, musical motif draft, but I had to make an arrangement. He gave me a contact, but the dude turned out not an arranger. Then he contacted Sasha Dvoretskyi. We got in touch, I gave him the stuff, and he listened to it and said, “The task is clear.” Just like that, the process advanced in the right direction.

When I had a day off, I came to Kyiv and recorded vocals in the studio. However, the first version had to be re-recorded as there were changes in the text and I didn’t like the way I sounded at times. We decided to re-record one part but ended up re-recording the whole thing. For the first time, I recorded the voice literally in an hour, even less, and then, after a certain intermediate stage of work on the song, we recorded the second, final version just as quickly. In fact, it is difficult to work on a song remotely, but those were the circumstances.

In general, I am fine with music. I listened and still listen to a lot of music. At some moment after February 24, I stopped listening to anything because there was no time. Soon after, I started listening to what I was listening to before. I don’t have a separate playlist, just a couple of gigabytes of music that I turn on and listen to.

I don’t know how we manage with the next threats. I definitely don’t know how this will all play out. Anyway, with that in mind, I advise everyone to prepare for the worst. At least keep your stuff packed up because anything can happen.

The fact that the Russians have been pushed back from Kyiv or Kharkiv has been recaptured does not mean that the war is over. In my opinion, the situation is more difficult now than it was on February 23. Therefore, it is better to be ready. Since everything can be worse, it is better to be ready, to have things packed, to think over the options where to move, to have the car fully fuelled… To get worried about such ordinary stuff that is so familiar now.