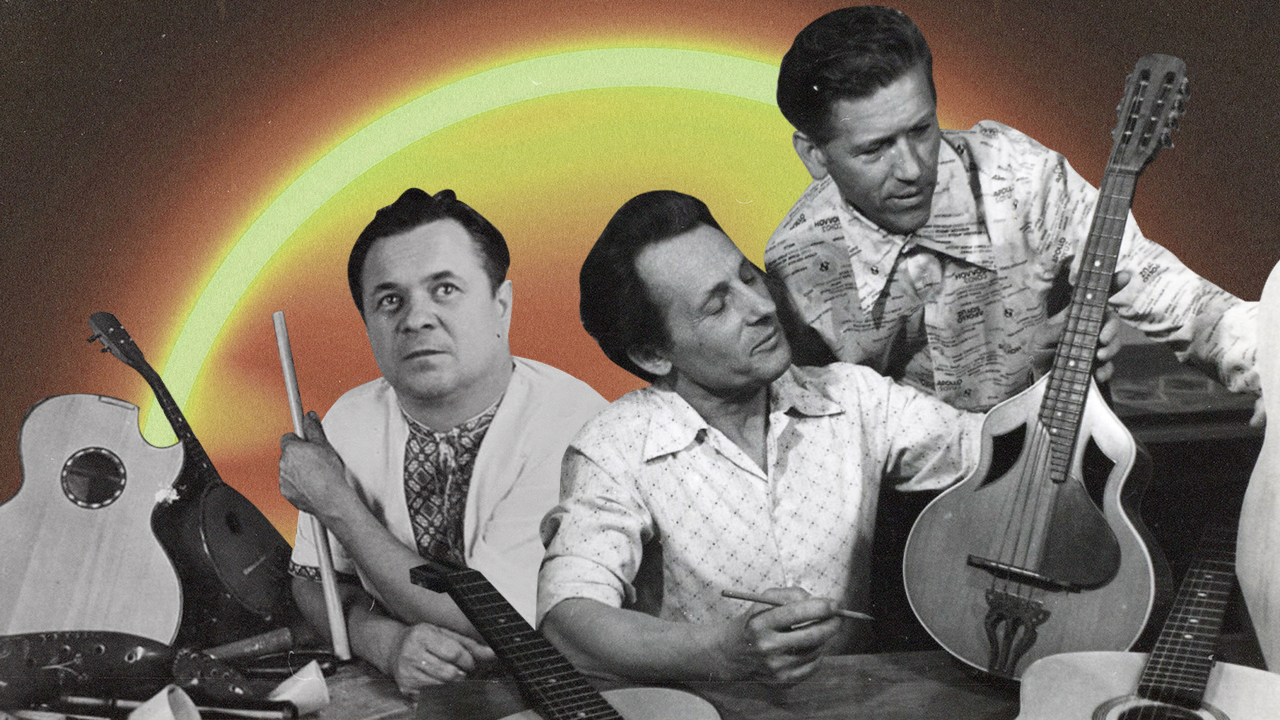 Chernihiv Musical Instrument Factory: From The Biggest In Europe To Decline

Ukrainian musical culture owes a lot to the craftsmen that have been producing musical instruments for years and passing technologies on to the next generations. Thanks to them, we still know and learn to play sopilkas, banduras, and tsymbaly. 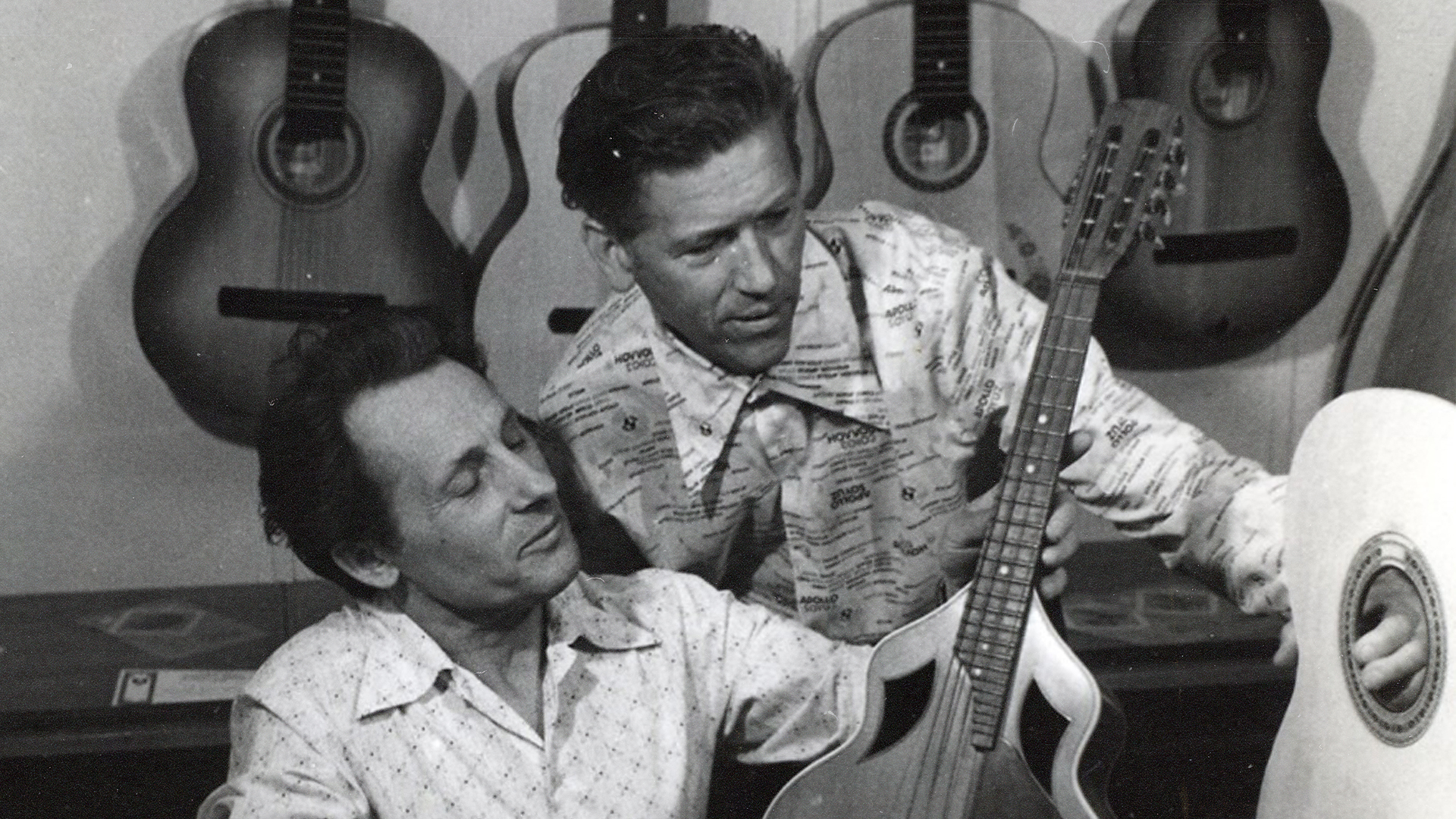 The first years of operation and World War II

The musical instrument factory became the first industrial facility in Chernihiv. The idea to build it came up in the first years of Soviet power establishment, when there should have been at least one industrial production in every regional centre. As the location of Chernihiv didn’t allow for the foundation of a heavy industry facility, the authorities focused on the large forests surrounding the city that could ensure the production from wood. Then it was decided to establish the biggest musical instrument factory in the USSR.

The construction started in 1933. By the end of the year, the main production building was built, and the training workshop was organized, in which the craftsmen from all over the Soviet Union were equipping the working-class youth with the subtleties of the production of string instruments — mandolins, guitars, balalaikas. The first ones appeared in the local store in 1934, at that very time the production was put on flow.

In 1941, the factory became not only the biggest enterprise in Chernihiv but also the biggest musical instrument production in Europe — daily 1000 workers produced 1500 instruments and brought 2 million karbovanets in revenue a year. But with the outbreak of World War II, the production capacities stopped, and the locals brought all the production from stores to their houses. When Chernihiv was invaded by German occupants, in the forsaken factory they produced ammo boxes for shells and coffins for their soldiers. 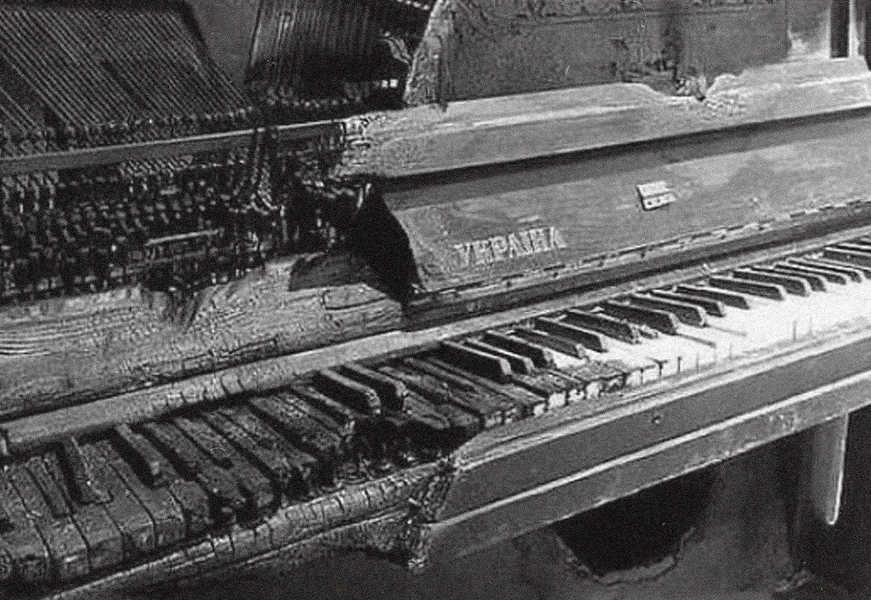 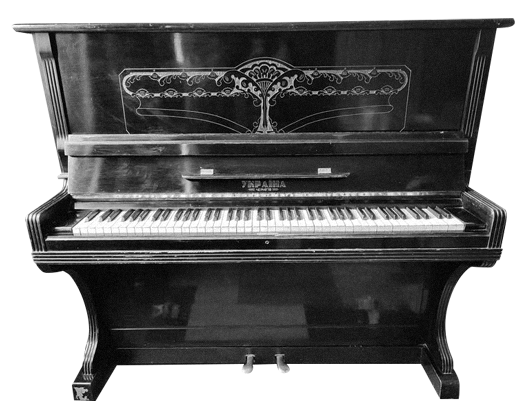 After Chernihiv was liberated, the local government started to renovate the factory. Building and restart were then performed mostly by women. The first post-war production in 1944 was papier mâché toys. And over 6 years, the production was fully revived and began to expand — the production of piano “Ukraine” was started in Chernihiv.

In the first batches, the instrument was black with an engraved ornament on a front panel. In this form, it became a visiting card of the Chernihiv factory. Soon the manufacture was modernized by running the first conveyor production in Europe — its line length was 102 meters, and it held 52 instruments at the same time. This technology allowed them to produce 29 instruments a day that were provided all over the USSR as well as in 20 countries of the world. “Ukraine” was seen in the Netherlands, France, Spain, Portugal, and China.

At the same time, the line annually produced 111 000 plucked instruments, in particular authentic banduras, domras, and tsymbaly. At that time, the Chernihiv factory was the only serial folk instrument manufacturer in Ukraine.

After the production was expanded, the products of the Chernihiv factory were exhibited in the USSR and abroad. Due to their quality, the instruments received a great number of rewards, and some musicians ordered individual items from the Chernihiv craftsmen. Thus, if Soviet bards (sometimes American musicians as well) wanted a unique guitar, they asked Mykola Yeshchenko, who was working in the experimental factory workshop. Yeshchenko also crafted other string instruments, but his guitars in particular were considered works of art. 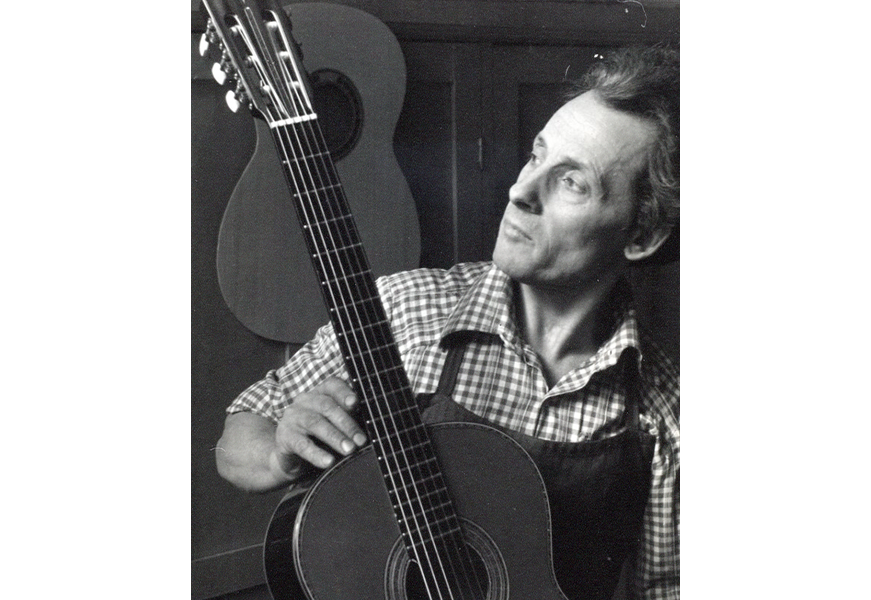 The production of banduras in the factory started through the efforts of Oleksandr Korniievskyi. He constructed a modern concert bandura that was given to the experimental factory workshop in the 1950s. From time to time, he checked the technology while visiting the factory and gave prompts to improve the instrument. Korniievskyi and other craftsmen usually left their autographs on the best bandura models. 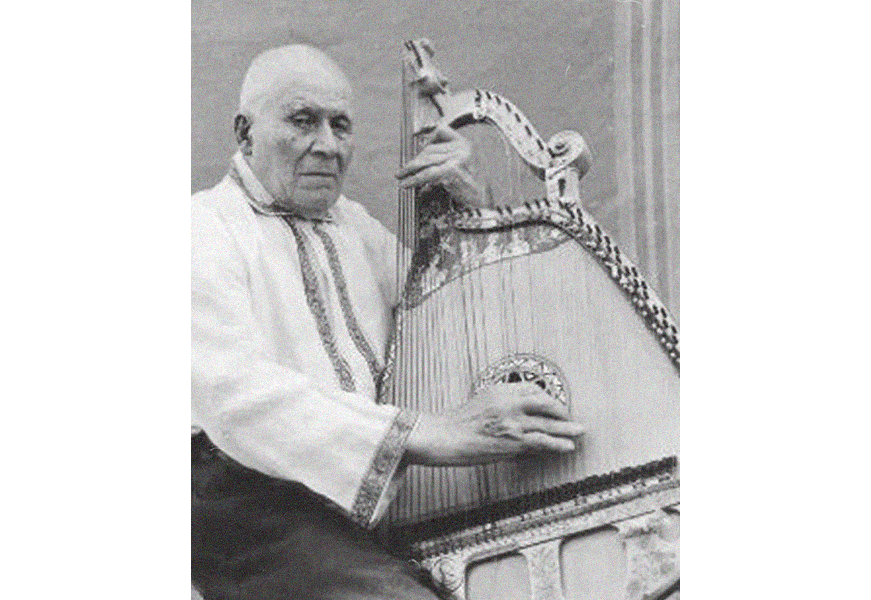 The most exclusive folk instruments were produced by Oleksandr Shlonchyk, a craftsman. He dedicated his life to reviving and perfecting the folk music heritage of the Chernihiv region and the whole of Ukraine. Shlonchyk had been working in the factory for 30 years, and during this time, he produced a great number of sopilkas, floyaras, domras, ocarinas, and gusli. Oleksandr inspired the musical creativity of his granddaughter Nata Zhyzhchenko, who later created an electro-folk band, ONUKA. At her performances, Nata often uses the instruments made by her grandfather. 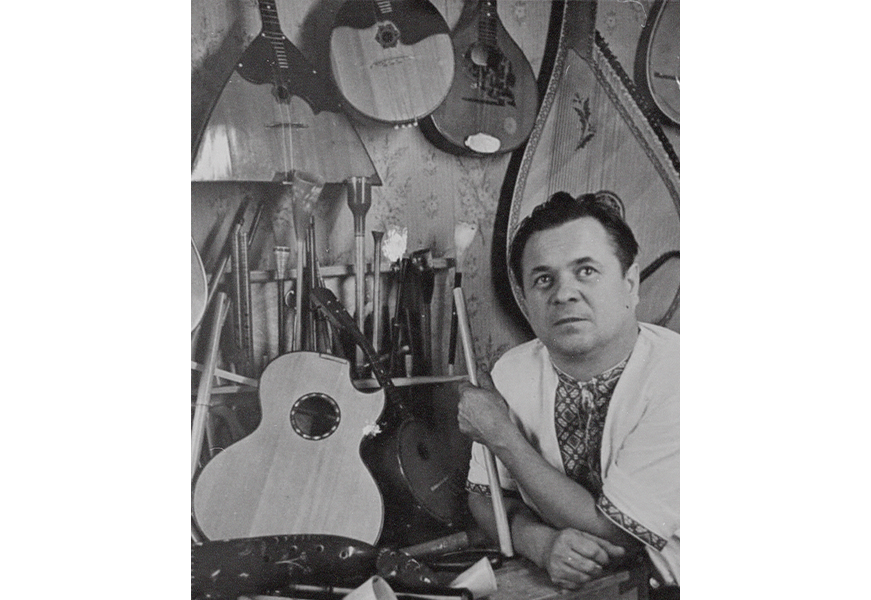 Since the 1970s, the factory had been working on the largest scale — the workers were producing 100 pianos in a day, and up to 1991, they had produced 30 thousand banduras. At the end of the 1980s, they were producing 40 types of instruments in Chernihiv — serially and to order — musical toys and piano components.

Years of Independence. Decline and closure

With the proclamation of independence in 1991, the factory story came to its end: in a moment production went into decline, and with each passing year there were fewer workers left. When out of 1600 there were only 68 people left in the factory, it became obvious that the production wouldn’t pay off, so in 2000 bankruptcy was declared. For some time, the coffins were produced there from the remaining wood to Italian order, until the factory premises were occupied by the sewing factory “Galant”.

After the Chernihiv musical instrument factory was closed, there were 160 unique pieces of instruments of the 19th and 20th centuries left in the damp, unheated premises. Most of them were produced in the other USSR factories and countries of Europe. Only in 4 years, the instruments were taken out and given to the Chernihiv historical museum, where they refilled the exposition dedicated to the iconic musical factory.

Despite the sad end of the factory, we still hope to revive it. This idea is often expressed by Nata Zhyzhchenko in her interviews, for example, in the one given to Ukraïner: 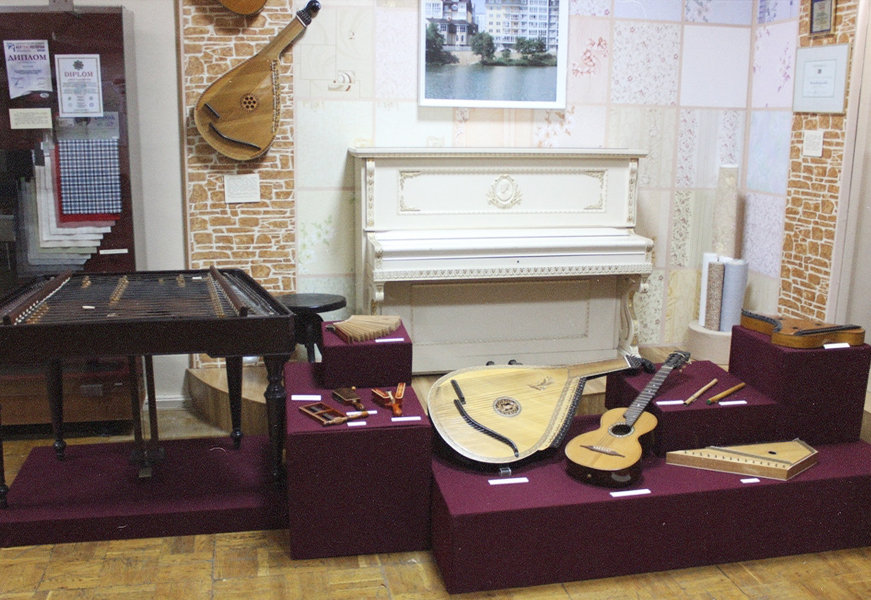