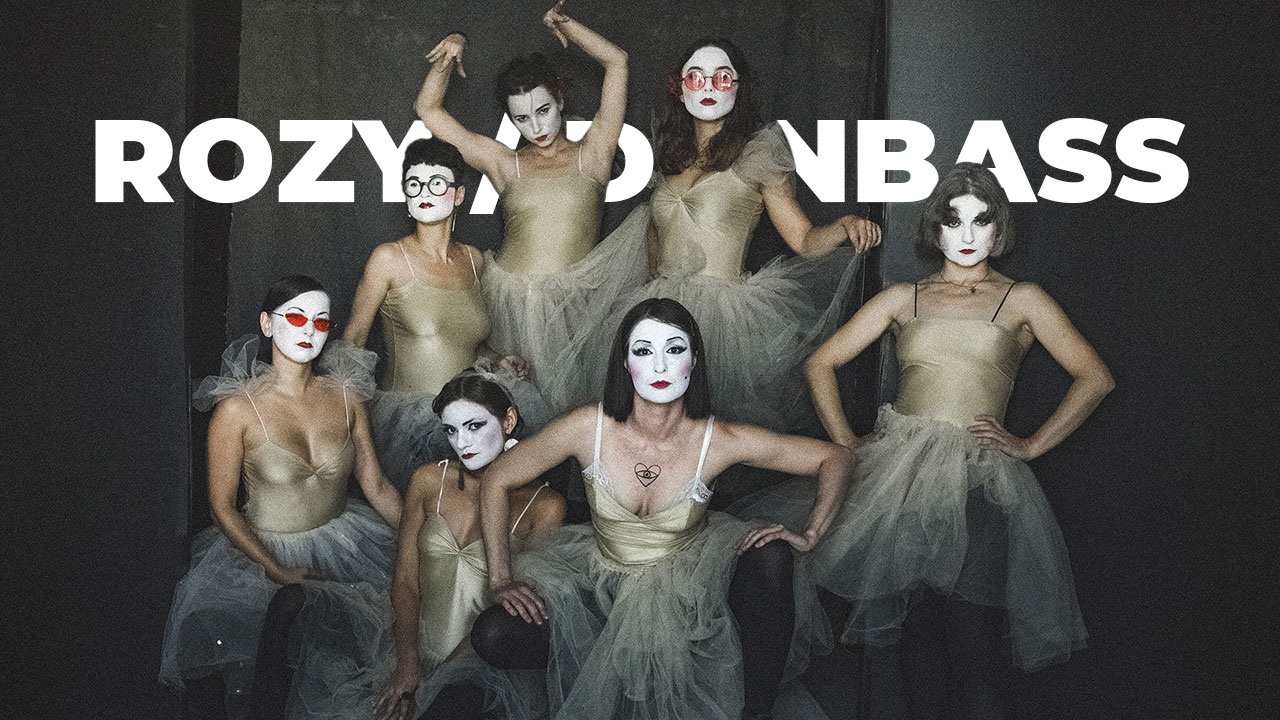 The Story of How Dakh Daughters Wrote Rozy/Donbass, Their Most Famous Song That Became Prophetic

In June 2013, a weird live video called Rozy/Donbass was released, in which seven girls with whitewashed faces play disturbing music and sing incoherent lyrics. Avant-garde in its pure form.

At that time (and still) it looked like something cosmic, out of genre, and it was difficult to classify it into a familiar style or visual concept in Ukrainian music. And today, the song Rozy/Donbass is the most recognizable Dakh Daughters song due to its rhythm, vocal variety, and energetic performance.

The girls from the band Dakh Daughters talk about how they came up with this postmodern musical cocktail and what the song means to them today.

We started creating the composition even before the Dakh Daughters band was born. While working on the School of non-theatrical art performance for GOGOLFEST-2012 in Kyiv on Vydubychi. Then, in fact, we sang Shakespeare’s sonnets (and not only the 35th, which was the basis of the composition Roses). We did this performance together with the DakhaBrakha band and other actors from the Dakh theater.

Marko Galanevych, joking at the rehearsal, attached the word “Donbas” to some lines of the sonnet, and it stuck to these musical sketches that we had already put together. And the folklore part, the children’s song, Shakespeare’s sonnet, and peculiar vocalizations filled it, as our various songs usually fill it when everyone brings some idea of their own and we out it together into one coherent canvas. Everything was fast and natural for us.

Of course, this song has been our calling card until now; it does not stop inspiring us, it does not bore us, but only surprises us with its potential. We recorded a live video for this composition all night long in our native theater, Dakh – we recorded so loud and inspired that we didn’t even hear the police coming and ringing the doorbell of the theater to silence us.

The song was not intended as a special emphasis on events in the country. It was created a year before the Maidan and a year and a half before the war [on Donbas]. Therefore, we consider itr prophetic to a certain extent.

The fact that the symbol of Donetsk is roses is also special, but this is also an absolute coincidence, not a specially thought-out fact. And an important event for us- as the new Dakh Daughters album, recorded in the summer 2020, includes the composition Roses. Also, now you have an opportunity to watch Irena Stetsenko’s documentary about our band, the name of which is also eloquent and clear – Roses.