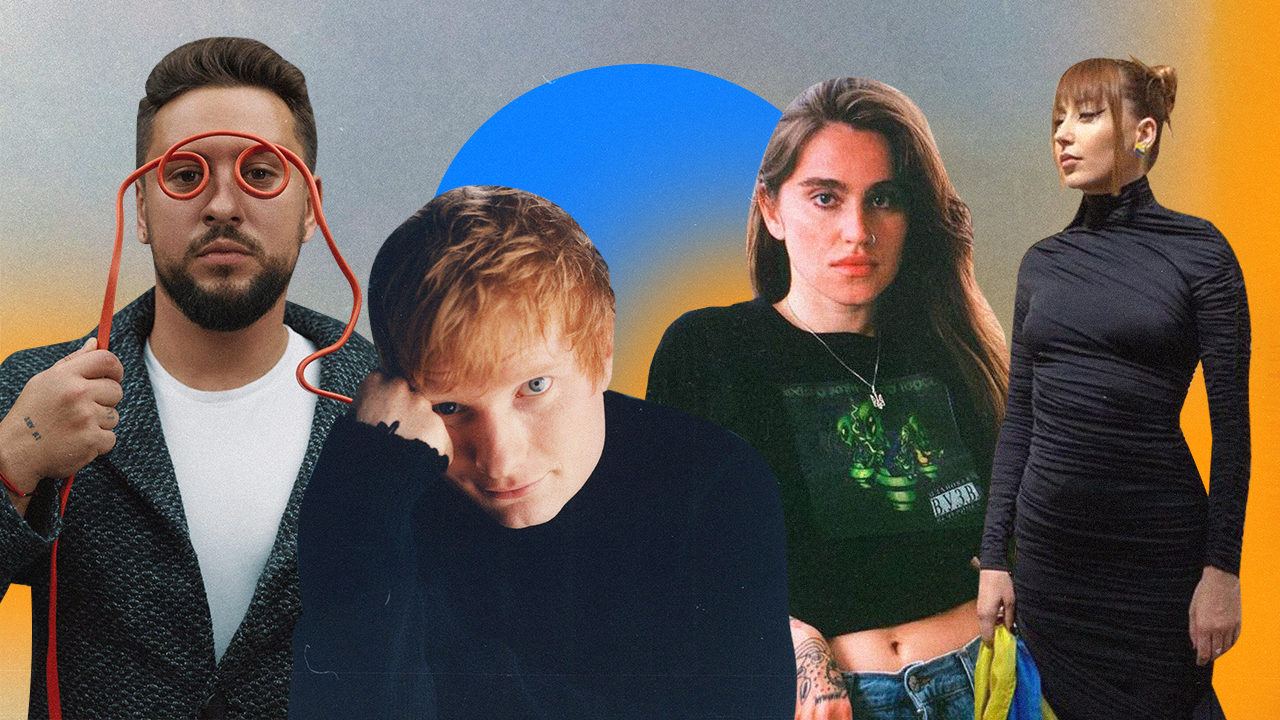 Every week SLUKH.MEDIA will announce about the main events of the Ukrainian artists in the world. This is our first compilation – the announcements of big tours, MTV Awards, the collab performance of Ed Sheeran and the Ukrainian band and many others.

The work was awarded in the categories of Best Pop Video and Best Cinematography. The award in this nomination was received by cameraman Mykyta Kuzmenko.

For the director herself this is the second victory at MTV VMAs – in 2021 her music video for the song Montero (Call Me By Your Name) for Lil Nas X won in three nominations Video of the Year, Best Directing and Best Visual Effects.

The event took place on August 26 at Ed Sheeran’s concert in Warsaw, Poland. Taras Topolia, the frontman of “Антитіла” (Antytila) which is one of the most popular Ukraine’s pop rock bands joined the British singer on the stage.

Since the start of the full scale war, the participants were in the Armed Forces of Ukraine as medics. The day before, the musicians were sent to Kyiv from the war zone. 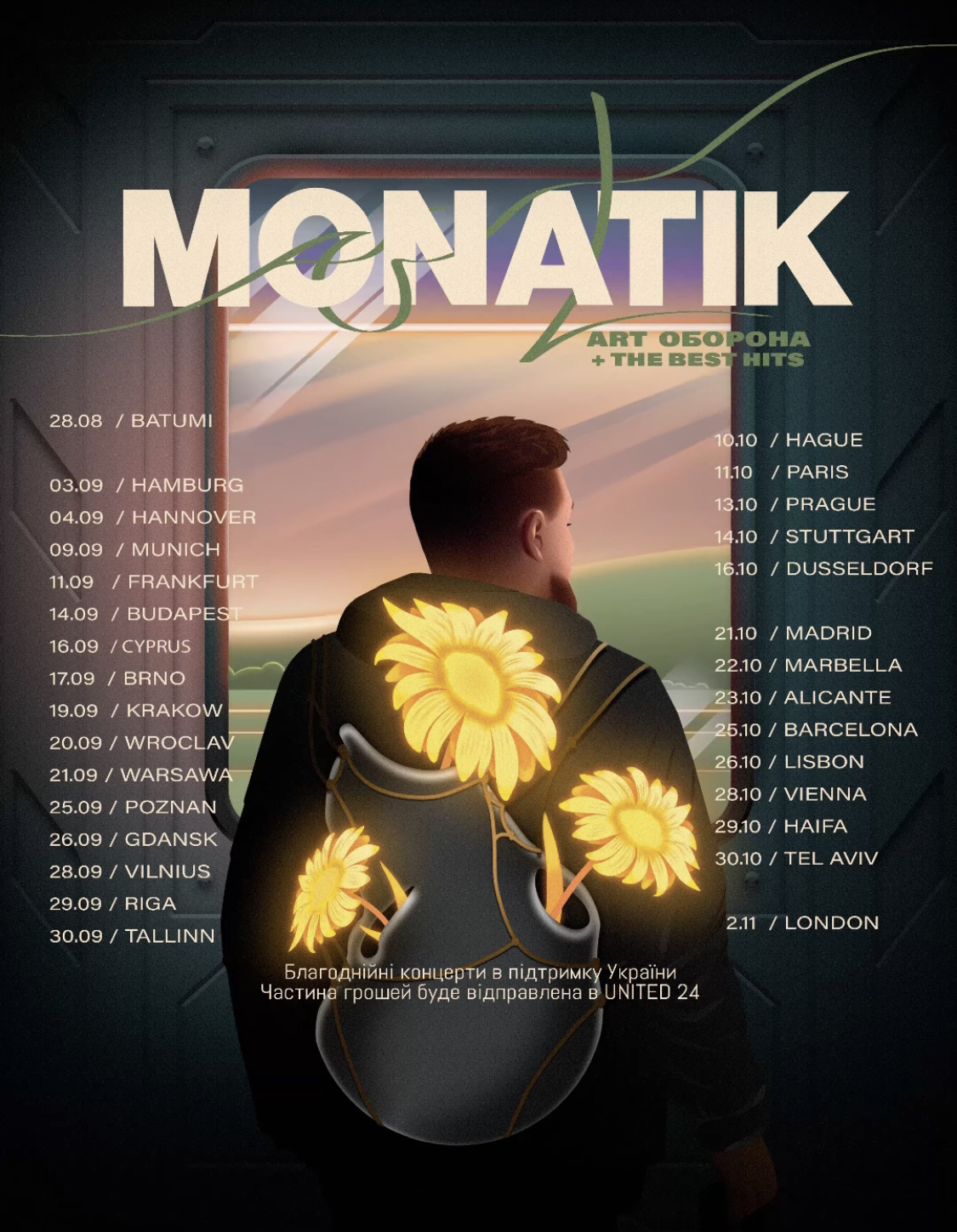 MONATIK is starting a European tour in support of Ukraine.

MONATIK is one of the outstanding pop stars of Ukraine and the only solo artist who performed a great show at the biggest concert arena of the country, The Olympic stadium in Kyiv.

This September, MONATIK  is giving 14 concerts in the cities of Germany, Hungary, Czechia, Poland, Lithuania, Latvia, and Estonia.

You can buy the tickets at concert.ua. 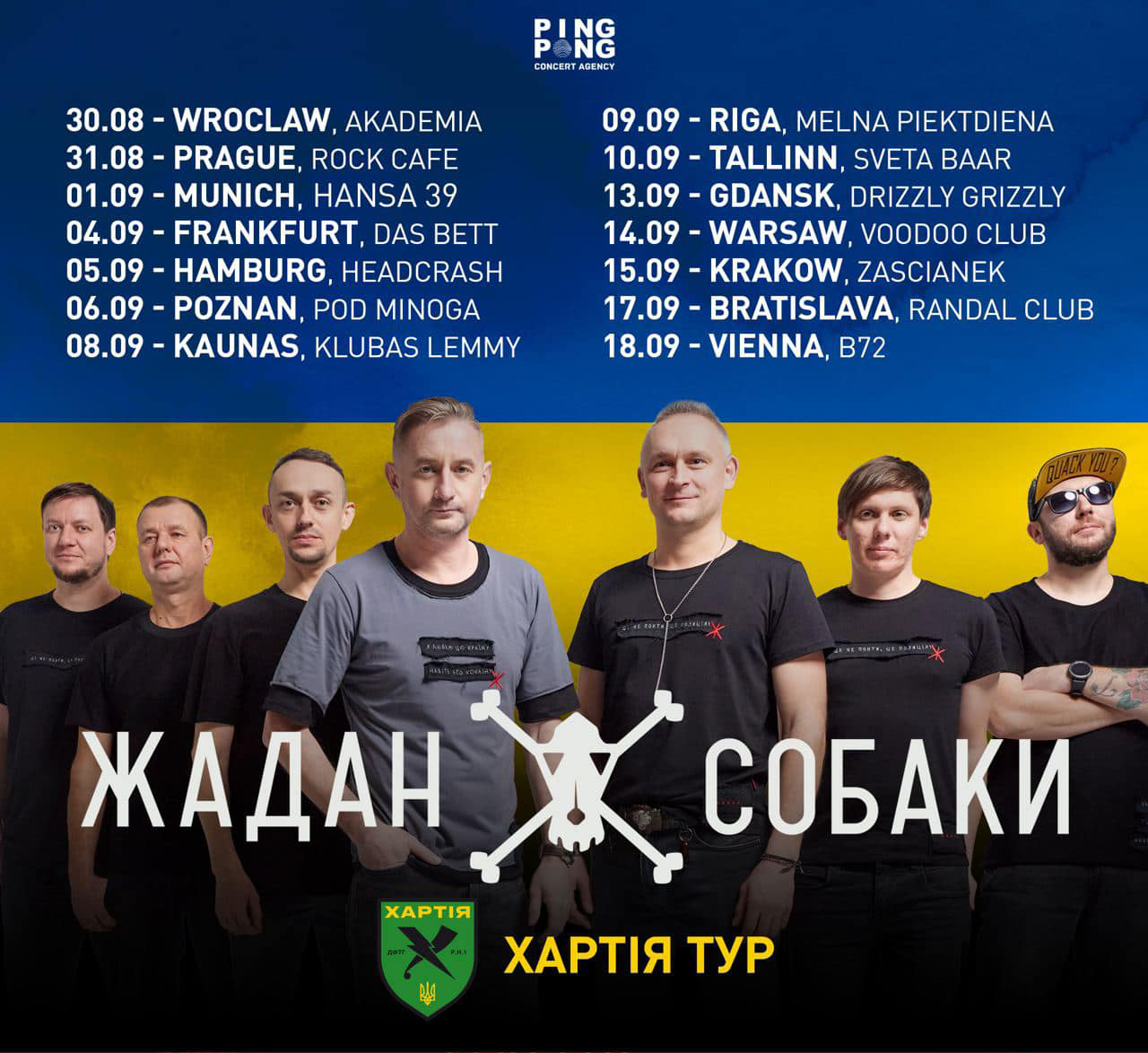 The rock band has started the tour on August 30 in Wroclaw, Poland and will finish it on September 18 in Vienna, Austria. In total, the band is giving 16 concerts in 9 countries.

The band leader Serhiy Zhadan is one of the most popular contemporary writers and poets in Ukraine who are world known. Particularly, his novel “Voroshylovhrad” was translated in 12 languages. In 2022, The Committee on Literary Studies of the Polish Academy of Sciences nominated Serhiy Zhadan for the Nobel Prize in Literature.

You can buy the tickets at concert.ua.

The band Go_A, the authors of the hit SHUM continues their European tour.

Even despite the busy schedule of solo concerts and festival appearances (Glastonbury, Lowlands, Pukkelpop and Pohoda are among them), the electro-folk band Go_A continues their big tour.

In September, the band will visit Belgium, Finland, the Netherlands, and Germany once again. Additionally, they will perform in Denmark, Sweden, and Norway for the first time. Generally, the band is going to give 15 concerts. 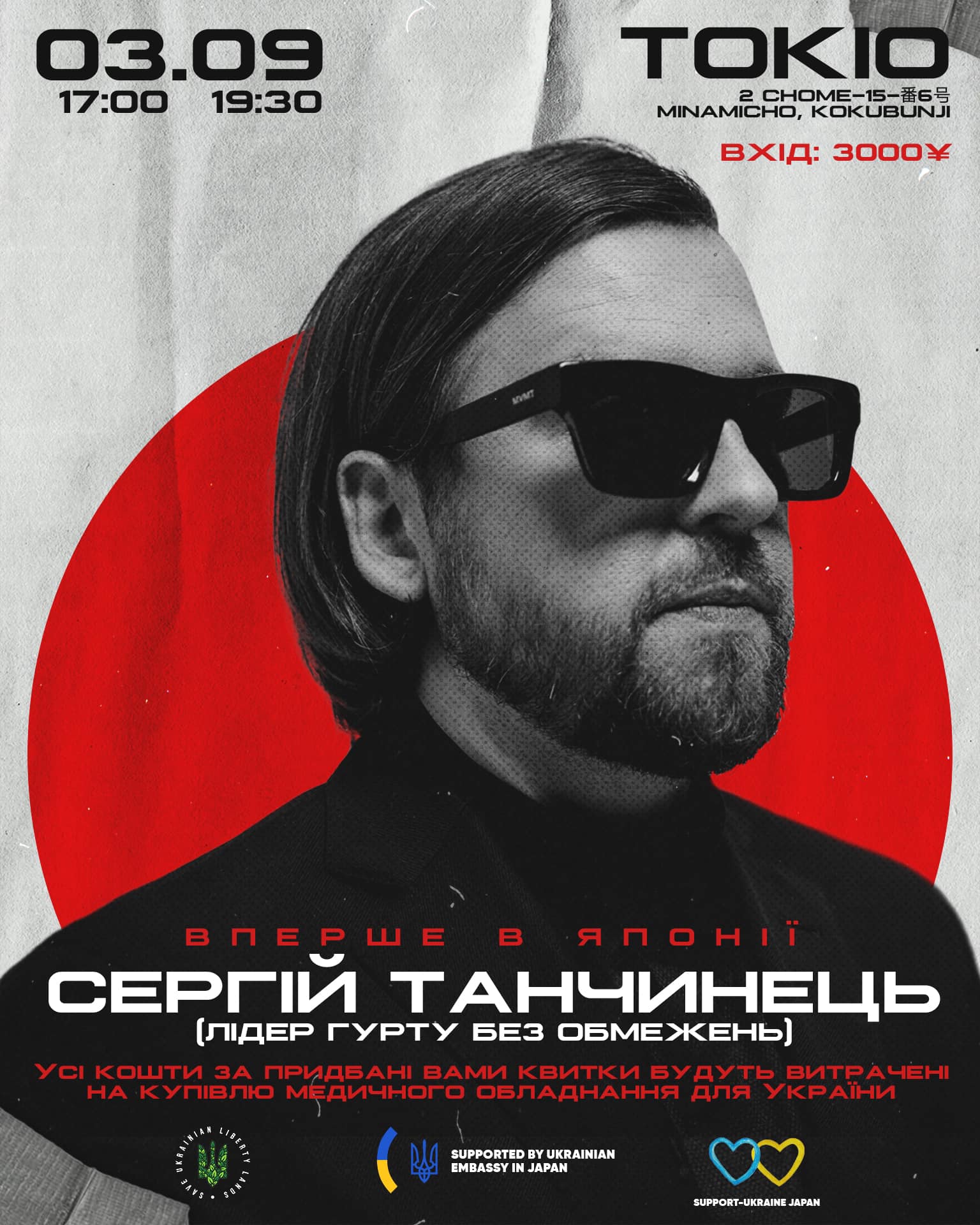 Serhiy Tanchynets will give two solo concerts in Japan.

The rock band leader “Без Обмежень” (Bez obmezhen) will perform his songs on acoustic in Tokyo. The tickets for his first performance has been already sold out. Later on, the same day Serhiy will give an extra concert.

YouTube deleted (but then returned) a music video of Ukrainian electronic music performer TUCHA for the track russia is a terrorist state.

The track text became its title which is uttered in eight languages. In the video Maria Tuchka (TUCHA) used the archival pictures and videos. She is talking about the main crimes of russia (as a contemporary state, the Russian Empire, and the USSR) against Ukraine.

There are such crimes as the Ems Ukaz (1876) which prohibited Ukrainian in the cultural sphere and restricted its usage in the everyday life, Holodomor in 1932–1933 which is considered a genocide act against Ukrainian people performed by the Communist Party of the USSR, serfdom, the Red Terror, and today’s war.

The video was released on the 24th and deleted on the 29th of August. The reason for this was YouTube’s “violent and offensive content policy”.  However, already on August 30, the video returned to the channel of the electronic music artist.

The European premiere of the movie “Luxembourg, Luxembourg” will take place at the Venice Film Festival (held from August 30 to September 10, 2022). The movie is about the story of two twin brothers who learn about the location of their father lost long ago and move on to find him. At the same time, the brothers are trying to manage their lives.

«Курган & Agregat» is a popular rap band in Ukraine producing Lumpen Rap. Since the start of the full-scale war, participants Amil and Ramil Nasirov (who starred in the film) became volunteers, and Yevhen Volodchenko joined the Armed Forces of Ukraine.

The psychedelic band Atomic Simao will go on charity tour around Europe.

It will comprise four countries (Ukraine, Poland, Austria, Italy and Germany) and last from the 3d till the 24th of September. During the tour, Atomic Simao will give 10 concerts. The proceeds will be contributed to the volunteer organization “Zgraia” that takes care of the AFU fighters.

Atomic Simao is an instrumental rock band from Kyiv. They perform the music on the crossing of psychedelic rock, jazz and space-rock. The band has four albums, a performance at the festival Sziget (2017), participation in the project “Sounds of Chernobyl” which included the release of the Ghost City track.