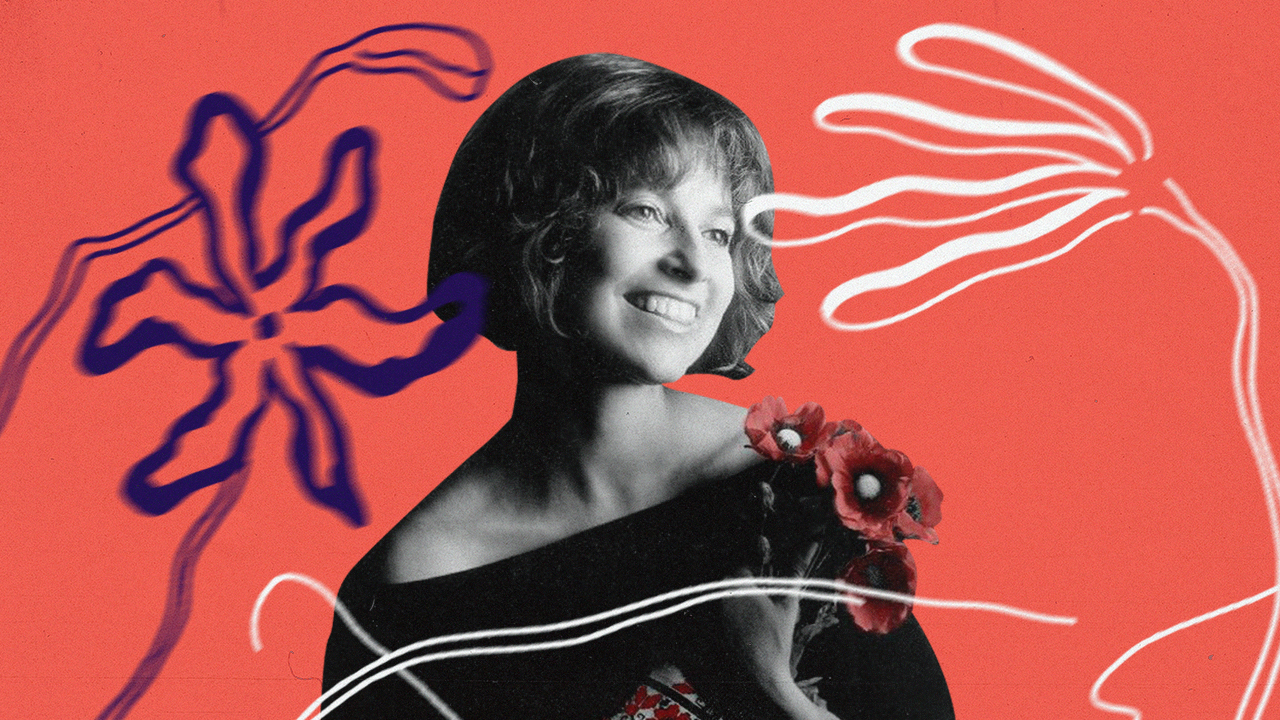 In the USA she is famous under her pseudonym Keysi, but in her native land, she is known as Kvitka. During her too-short life, Tsisyk became the star of advertising jingles and the voice of Hollywood cinema. But her singing came to Ukraine later in two Ukrainian-language records, which changed the perception of the possibilities of Ukrainian music, undermined the creative vacuum of Soviet Ukraine, and inspired artists to continue the struggle for that culture.

Kvitka Tsisyk was born in New York on April 4, 1953, in a family of emigrants from the west of Ukraine. In their homeland, Kvitka’s family was intelligentsia, but in 1949 they were forced to leave the country due to the risk of persecution by the Soviet authorities.

The Tsisyk family, even though they lived across the ocean, preserved their Ukrainian identity and cherished it with their children. So, during the week, Kvitka studied at an ordinary American school, and on Saturdays, she attended the School of Ukrainstvo. In addition, the girl was a Plast member (Ukrainian scout organization) – she went to summer camps, studied Ukrainian songs, customs, and traditions as well as participated in Plast cultural events.

Kvitka was involved in music since childhood. Her father, Volodymyr Tsisyk, was a musician, who taught Kvitka and her older sister Mariia to play the violin and piano. In the end, the latter became a famous pianist, was the director of a conservatory in San Francisco, and held master classes in Carnegie Hall. 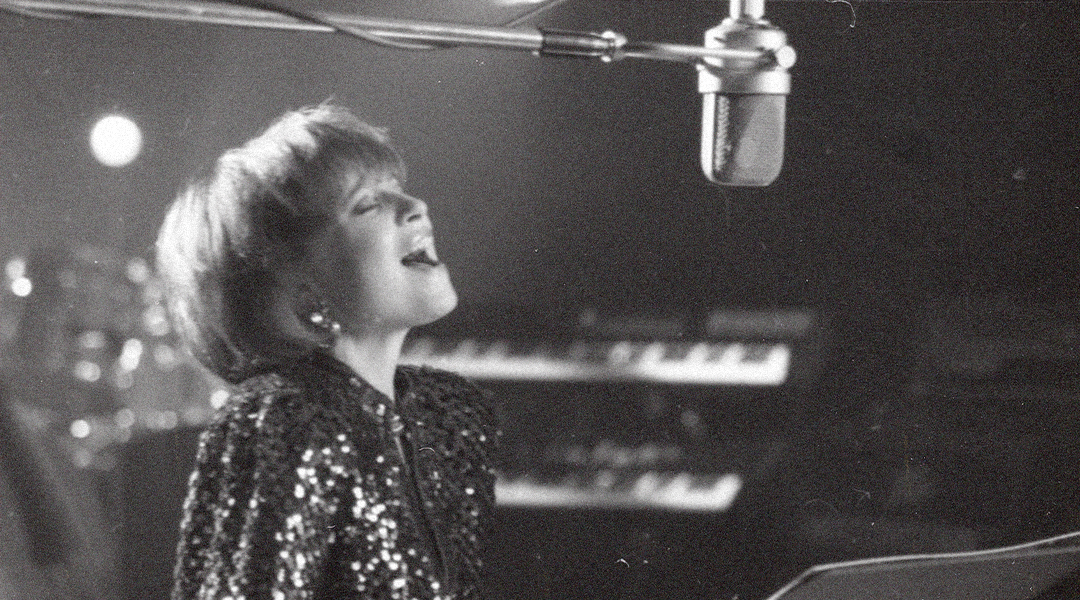 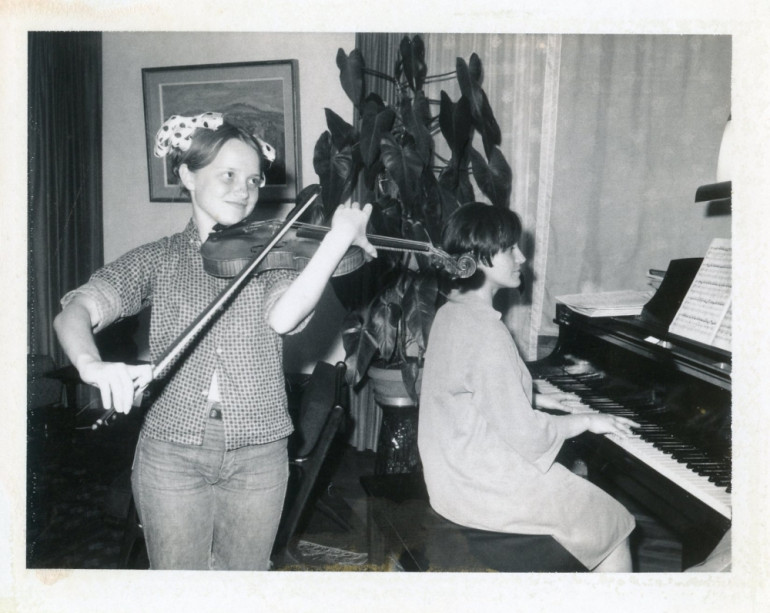 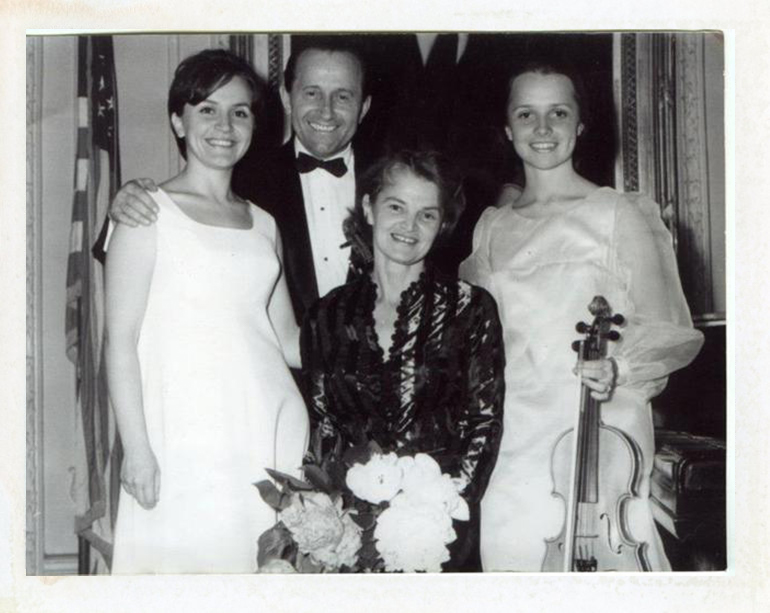 Kvitka graduated from the High School of Music and Art in New York and studied for another year at Harper College, part of the State University of New York in Binghamton.

In addition, Kvitka actively spread Ukrainian culture in the US media space. Together with her sister, she participated in the creation of the television program Thoughts of Ukraine, which Americans saw on the screens in 1971. It featured Ukrainian dances, Shevchenko’s poems, songs performed by Kvitka Tsisyk, etc.

“ALTHOUGH I WAS BORN HERE, MY RELATIVES ARE FROM LVIV, MY FAMILY AND I FEEL UKRAINIANS. I’M IN AMERICA, BUT I’M UKRAINIAN,”

— Kvitka Tsisyk said about her roots.

Kvitka as a vocalist

Around 1971, Kvitka studied violin at the New York Mannes School of Music, but the desire to sing prevailed. Tsisyk quit playing the instrument and switched to academic singing. It seems that this decision was not easy for her, because, in one of the interviews, Kvitka shared,

“I HAD HIS [FATHER’s] FINGERS AND TECHNIQUE, BUT I DREAMED OF SINGING, AND I STILL FEEL GUILTY THAT I QUIT THE VIOLIN.” 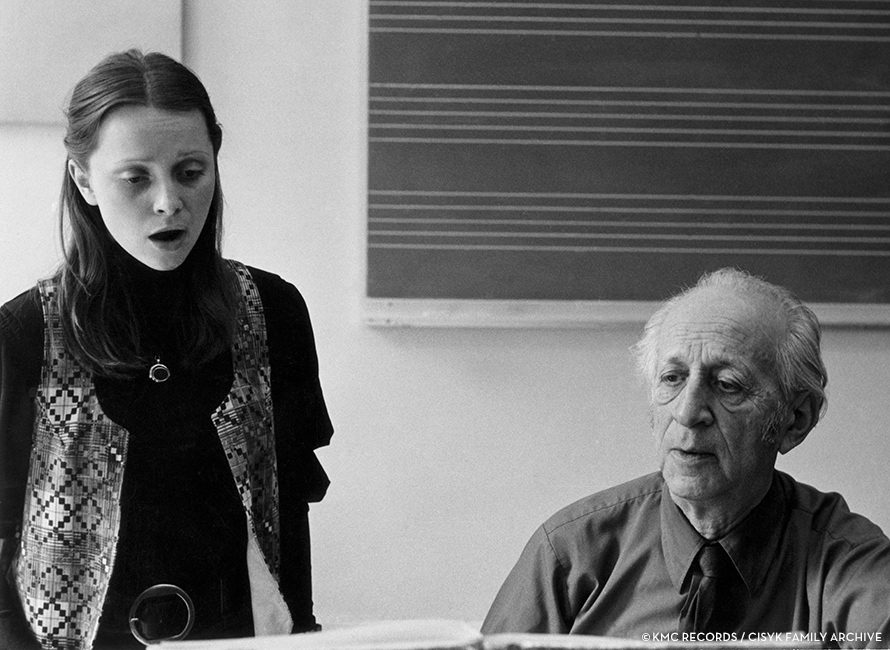 Kvitka had a rare coloratura soprano — the highest female singing voice. You can even hear the tones of a violin in its timbre. Tsisyk also knew how to sing with a “white voice” being a folk singing technique common in the Carpathians.

Such a range of Kvitka Tsisyk’s voice allowed her to switch easily between different genres – from opera and jazz to pop music.

“I SAW THAT I COULD EASILY CHANGE THE STYLE OF MUSIC. THEN I ENTERED THE CONSERVATORY OF MUSIC IN NEW YORK. I LEARNED VOCALS AND THOUGHT I WOULD BE AN OPERA SINGER. BUT I WAS INTERESTED IN ANOTHER PROFESSION. IT’S A KIND OF STUDIO SINGING. SINGING IN VARIOUS STUDIOS FOR ADVERTISING OR COMPOSERS,”

Kvitka Tsisyk, Where Are You Now

After her father’s death, Kvitka had to look for an additional way of earning. For some time, she sang in New York clubs, at the same time she was offered recordings to companies and advertising agencies. In the end, Kvitka was noticed by producers, and so the singer became part of the advertising world.

Her voice followed the advertising jingles of top brands: Coca-Cola, Pepsi-Cola, Burger King, McDonald’s, American Airlines, Delta Air Lines, and others. But with Ford Motors Kvitka cooperated for the longest time — for 16 years, Tsisyk was the sole voice of the automobile company. The music jingle Have You Driven a Ford Lately performed by her has been listened to more than 22 billion times which is almost four times more than the population of the Earth at that time.

The singer also collaborated with famous American performers and producers. Kvitka sang backing vocals for Michael Jackson and Whitney Houston and participated in the recording of albums by Lind Ronstadt, Robert Fleck, Michael Bolton, Bob James, and others. 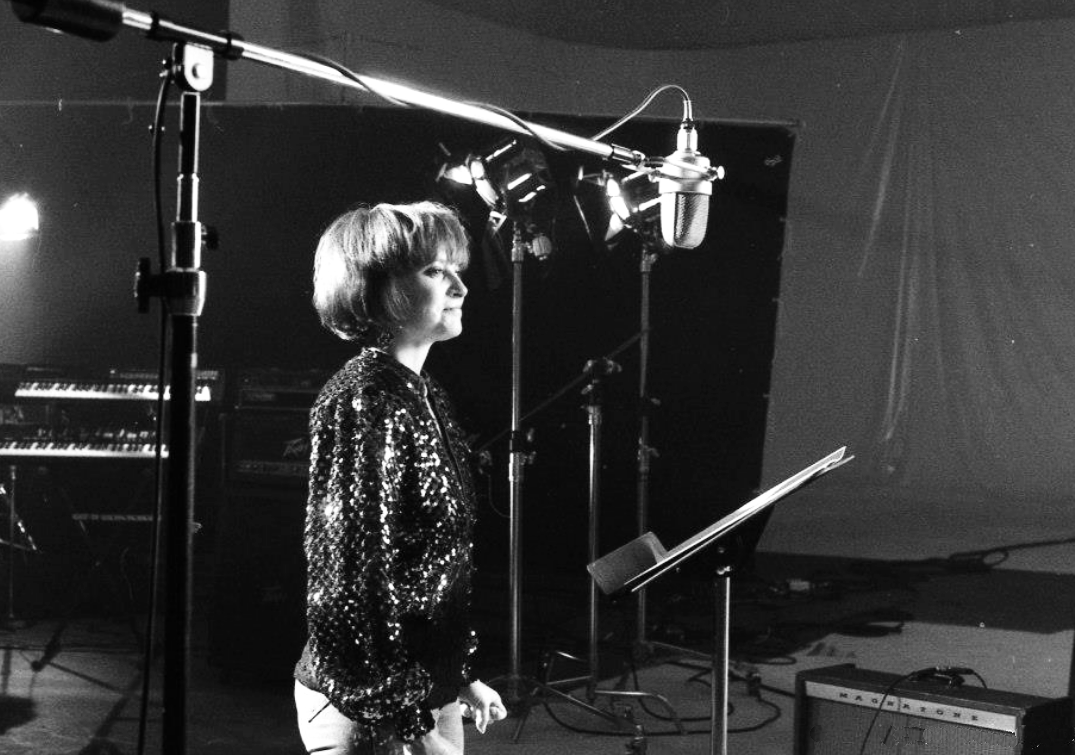 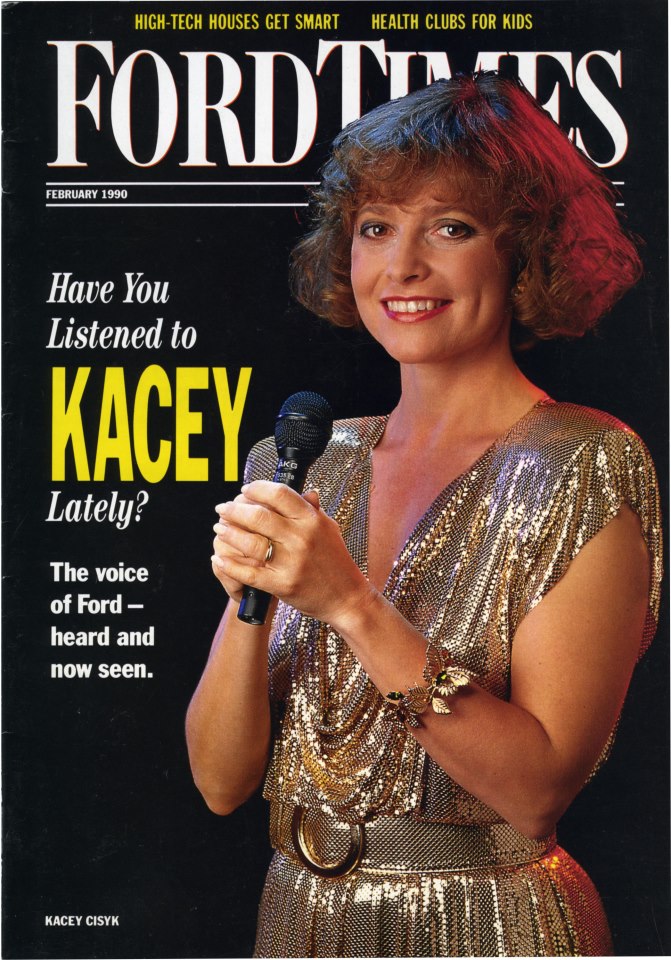 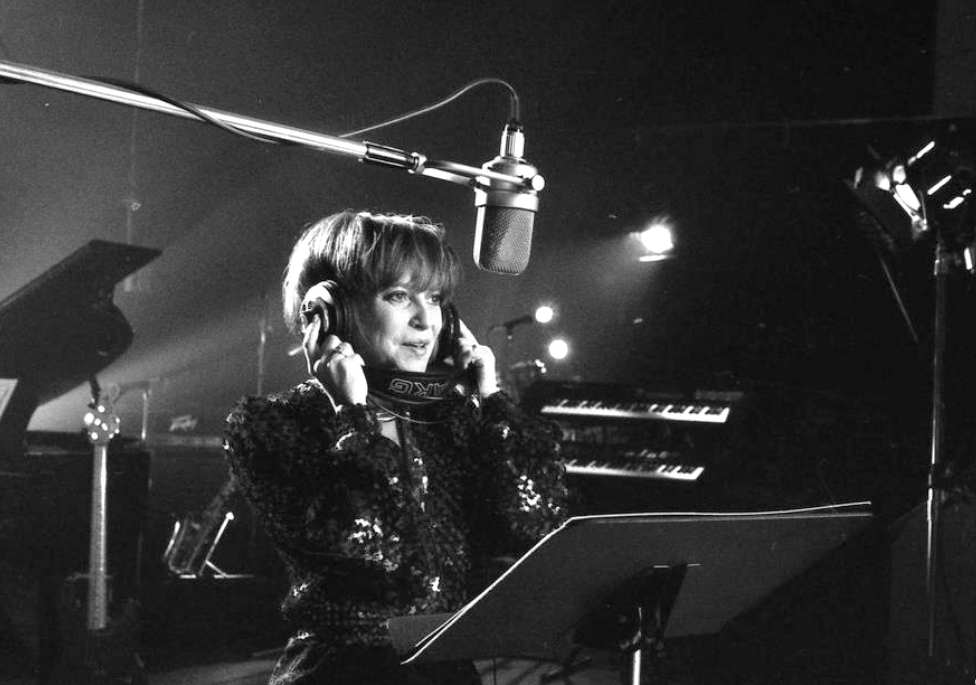 Kvitka Tsisyk managed to work on recording soundtracks for Hollywood films and even played in some. One of the compositions is You Light Up My Life for the film of the same name. The song won an Oscar and a Golden Globe and was nominated for a Grammy in the Song of the Year category in 1978.

This film is associated with a copyright conflict between Kvitka and the film’s director, Joseph Brooks. Although Kvitka sang all the female parts in the film, her name was cut from the final credits, and another singer, Debbie Boone, performed the song and won the award at the film award.

According to Tsisyk’s husband, Bun’s father was in a friendly relationship with the director and wanted to promote his daughter up the career ladder. The director himself made some advances to Kvitka, but she did not answer. In this way, he hid Kvitka’s participation in the film, perhaps, for personal reasons.

Kvitka Tsisyk released the first albums in the USA with professional recordings of Ukrainian-language songs, they were called Kvitka (1980) and Two Colors (1989). Tsisyk involved the best musicians of New York to work on the compositions. The singer was accompanied by her sister Mariia, and her mother helped with correct Ukrainian pronunciation. In total, Kvitka invested about 200,000 dollars in these albums.

Kvitka’s voice gave the new life to such Ukrainian songs as What a Moonlit Night, Song About the Towel, Cheremshyna, I Will Go to Distant Mountains, Two Colors.

In 1990, both records were nominated for a Grammy Award in the Contemporary Folk category. Kvitka Tsisyk planned to release a third Ukrainian-language album with lullabies or modern songs, but she did not manage to do it – her life was prematurely cut short by an illness.

CDs with Kvitka’s songs were mostly smuggled into Ukraine, people re-recorded them and passed them to each other. For the first time, the singer’s albums were brought to her historical homeland by an Australian of Ukrainian origin, bandurist and composer Viktor Mishalov.

“IN 1984, I WENT HOME FOR THE SUMMER VACATION, AND ALSO TO THE LANDS I WANTED TO VISIT. THEN I HEARD THE FIRST KVITKA TSISYK’S DISC. I WAS STUNNED BY HER SINGING. IT WAS A COMPLETELY DIFFERENT STYLE OF PERFORMING THE SONG THAN I HEARD SO FAR, A COMPLETELY DIFFERENT ARRANGEMENT. I WAS IMPRESSED BY THE AMAZING INTELLIGENCE OF THE SINGING AND SOME MAGNETISM THAT ATTRACTED ME,”

In order for Kvitka Tsisyk to be heard by the Ukrainians, Viktor risked being expelled from the conservatory and being deported from the country altogether. When the records crossed the ocean, Mishalov duplicated them in his friend’s apartment. That’s how Kvitka’s voice quickly spread throughout Soviet Ukraine.

The fact of existence of Ukrainian-language songs, professionally recorded in the studio, inspired artists in Ukraine itself. Thus, Oleksandr Gornostay, music producer and director of the first Chervona Ruta’89 festival, recalled,

“KVITKA FOUND AN OPPORTUNITY TO RECORD TWO UKRAINIAN DISCS. WHEN THEY CAME INTO SOVIET UKRAINE, THEY DESTROYED THE VACUUM THAT FORMED AFTER IVASIUK’S [VOLODYMYR IVASIUK WAS AN UKRAINIAN OUTSTANDING COMPOSER LIKELY KILLED BY KGB AT 27] DEATH. THEY LISTENED TO THEM AND THOUGHT: IF THEY KEPT OUR UKRAINIANNESS ACROSS THE OCEAN EVEN IN 100 YEARS, THEN WE SHOULD DO IT TOO.”

The only travel to Ukraine

In 1983, Kvitka Tsisyk visited Ukraine for the first and last time. She came here with her mother. She visited Lviv and other cities in the west of the country. This visit was private and was not publicly announced – one of the reasons was the ban of Kvitka’s songs in Soviet Ukraine.

However, Tsisyk was invited several times to take part in concerts: within the framework of the Chervona Ruta festival in 1989, and in 1992 on the occasion of the second anniversary of Ukraine’s independence. There were even talks about a whole series of performances, but the plans failed to materialize. 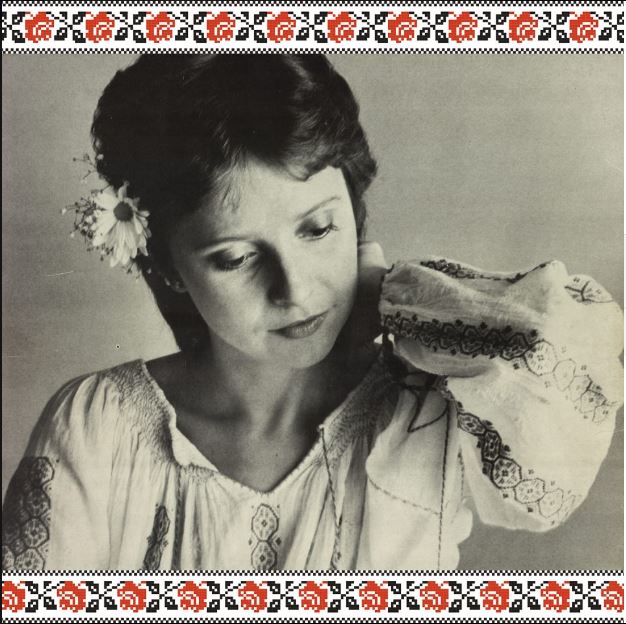 In 1992, Kvitka Tsisyk knew about her diagnosis — breast cancer. Doctors gave her only a few months to live, which turned into seven years. Kvitka did not live 5 days before her 45th birthday, which she would have celebrated in 1998. The singer’s mother and sister died from the same disease.

With her voice, Kvitka Tsisyk breathed new life into already familiar songs that are still being listened to today. And the singer’s creativity involuntarily instilled faith in a whole galaxy of artists who were inspired by the development of Ukrainian in Ukraine.