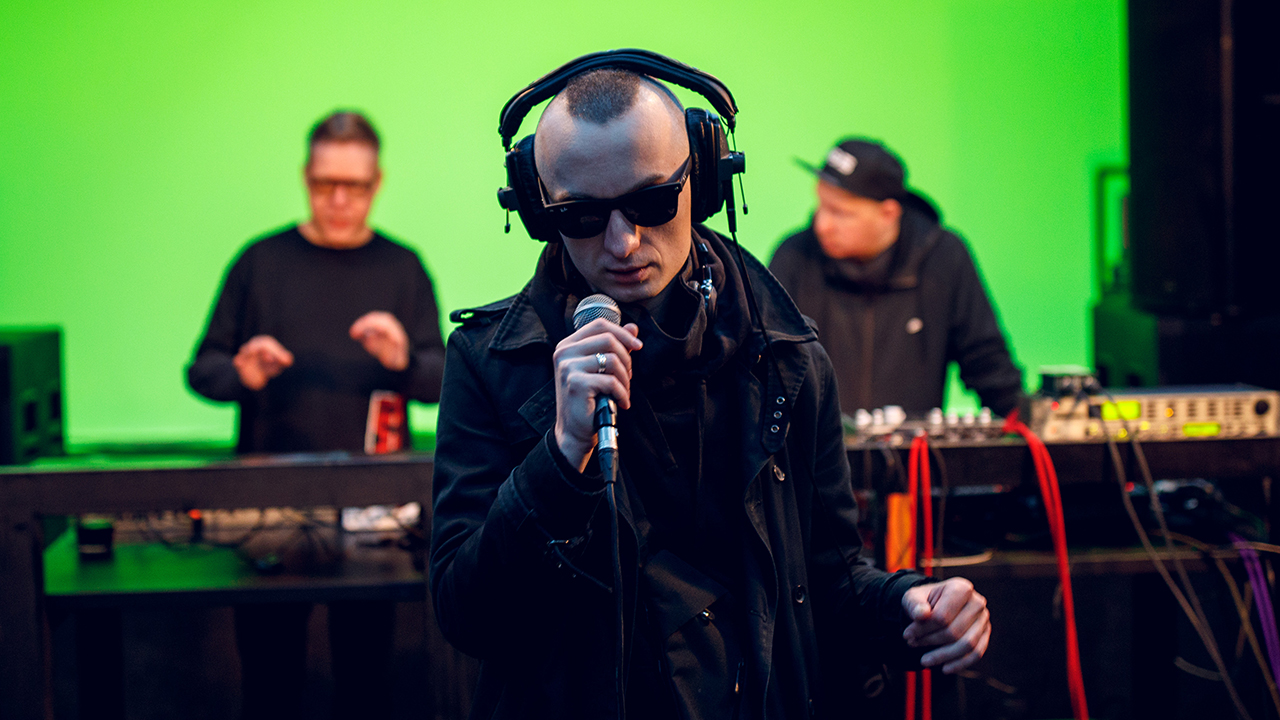 “Irony is the key trait of a true Ukrainian”: Yevhen Hordeiev about the music scene of Dnipro and Dnipropop label

The essence of the new genre “Dnipro pop,” the depression of the Dnipro, industrial landscapes — in a conversation between the man-orchestra and musician Yevhen Gordeev (Ksztalt, Kurs Valüt, MS Brehunets) and Kateryna Rusetska, the co-curator of the Dnipro festival of contemporary art and experimental music Construction. 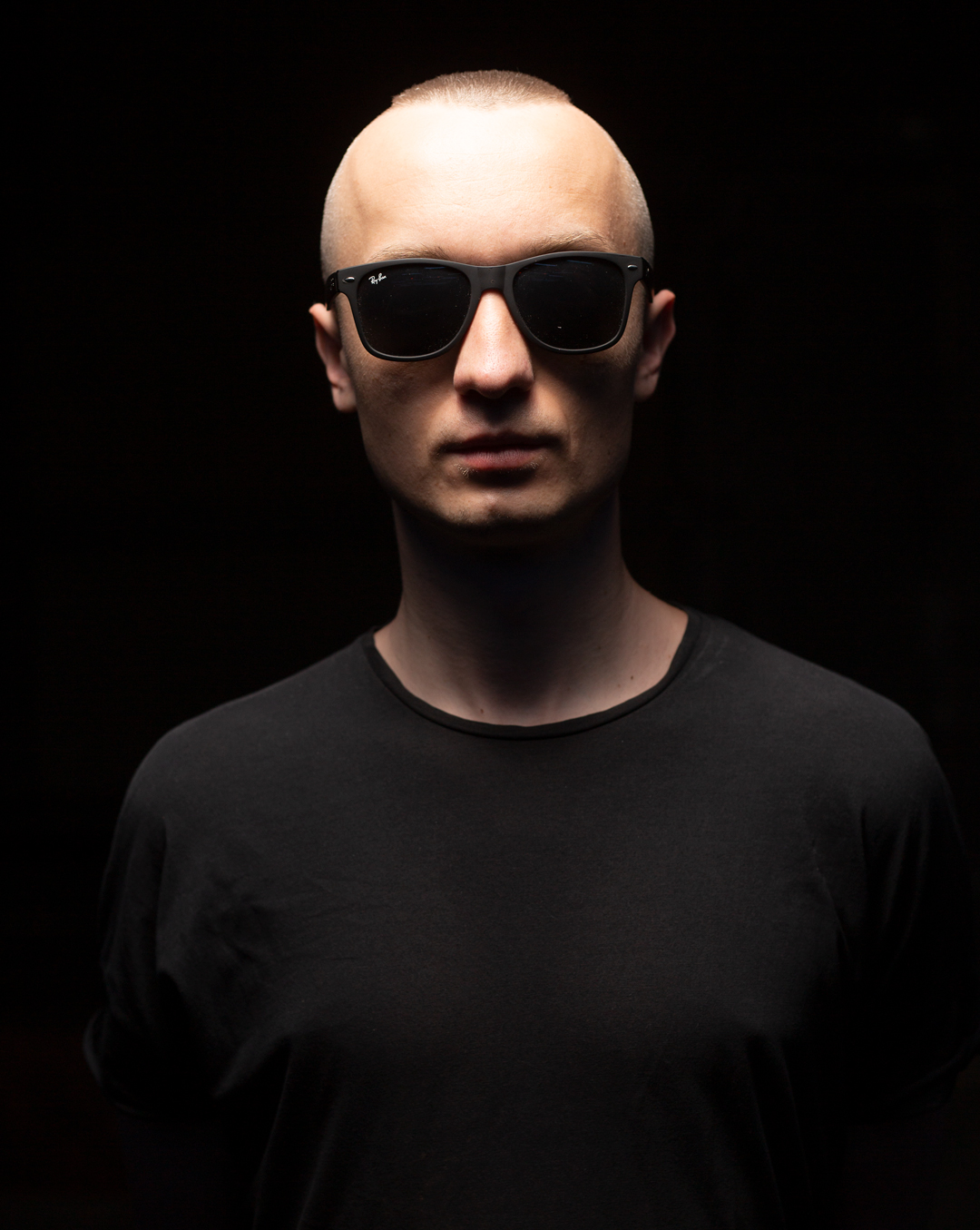 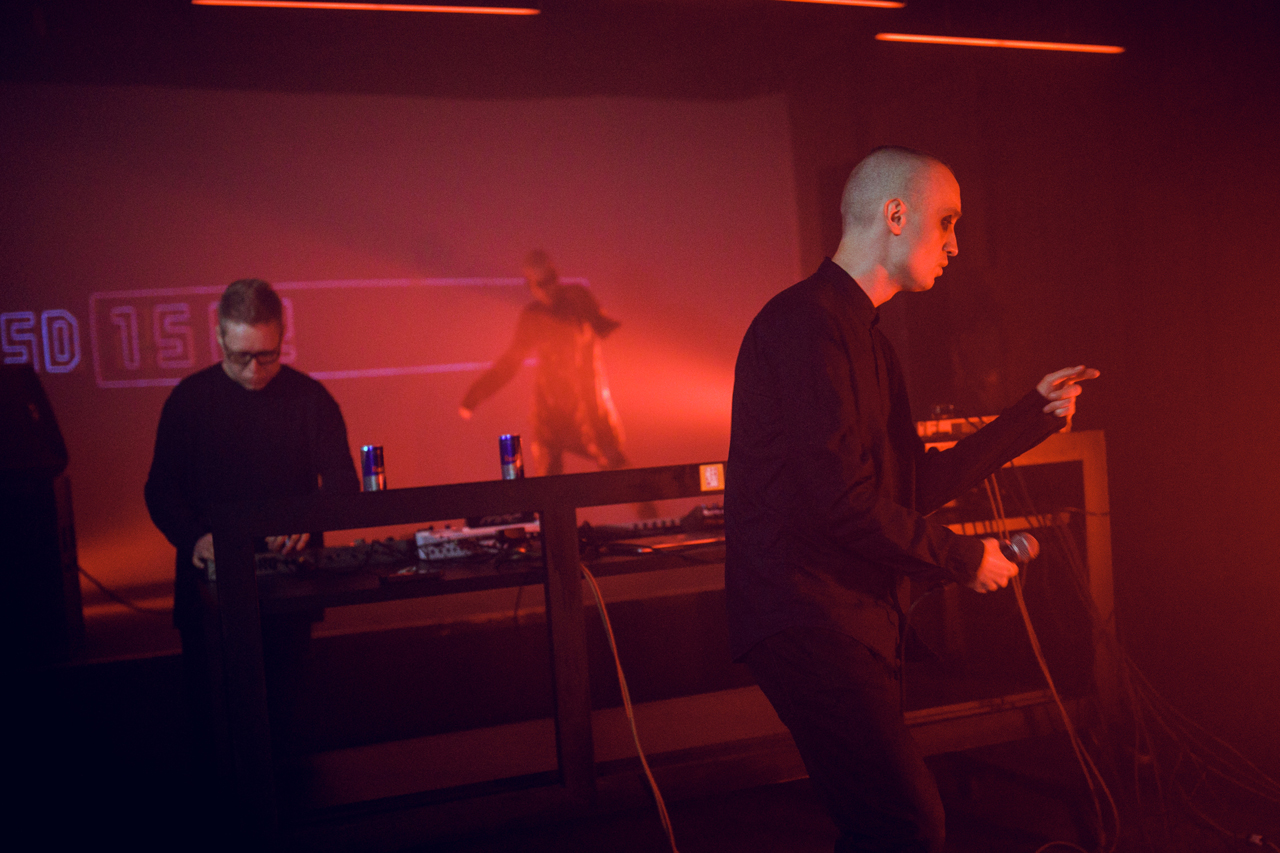 — What is the essence of the “Dnipro pop” genre you invented, the authenticity of sound and melodiousness in different regions?

I am from a region where there is basically no authenticity in cities. It still exists in the villages of Donbas, but it is almost absent in the cities. Therefore, the local audio image is being invented just now. If I position Kurs Valüt as a band with Dnipro authenticity, it means that I simply invented it in 2017 and declared that this is Dnipro authenticity. It is created from scratch.

Much like how Iceland invented its own musical authenticity, we can take it and make it as we please.

— So it’s a mystification?

In general, mystification, and inventing worlds is the most exhilarating direction of artistic thought. Dnipro pop is pure mystification. There is no EBM and synthpop background in Dnipro. I came and said, “Let’s have such an identity here.” And look, SHIP HER SON, Sonichka – listen to how they sound.

— What is the fundamental difference between Dnipropop and Module? Judging by the names (DZ’OB, Sonichka, SHIP HER SON), this is the same community.

The difference is that Module is a club, and Dnipropop is a label. Dnipropop was created on the basis of the Dnipro club Module and, of course, the backbone of the label is people who were born or live in Dnipro. But there is no strict framework regarding the origin.

Dnipropop is an attempt to make a musical equivalent of a post-industrial area, a landscape. You look at the rhythm of all these residential areas and factories and just make a musical analogy. Of course, it will be somewhere near the “industrial” direction. It is logical. I don’t see any reggae or ska in this region. I see a certain hardship, sadness, and minority in the eastern region. Local identity is fun to play with.

— In Lviv, there is a sleeping district of Sykhiv, which looks as depressing as Livoberezhny-3. Or Poznyaky in Kyiv. Almost every city has something similar, such “anthills.” Do they have the same rhythm, atmosphere, psychosphere?

Dnipro, in addition to depression, produces hope. A new office or residential buildings in Dnipro look more stylish than those in Poznyaky in Kyiv. I am not interested in the old “anthills” of the Livoberezhny type, they are approximately the same throughout the post-Soviet space. They have people to praise them through postpunk and postrock.

For example, the new pedestrian areas of the Dnipro are designed in an ascetic style, as opposed to provincial “bykoko” or pseudo-historicism. I’m interested in the modernist dream of a techno-paradise — Kostia Balakin, my electronic fellow from Dnipro, described this feeling as “nostalgia for the future.” The dream gives energy to the groove, the energy is transferred to the listener, and the listener receives a subconscious boost that gives him or her tonus. 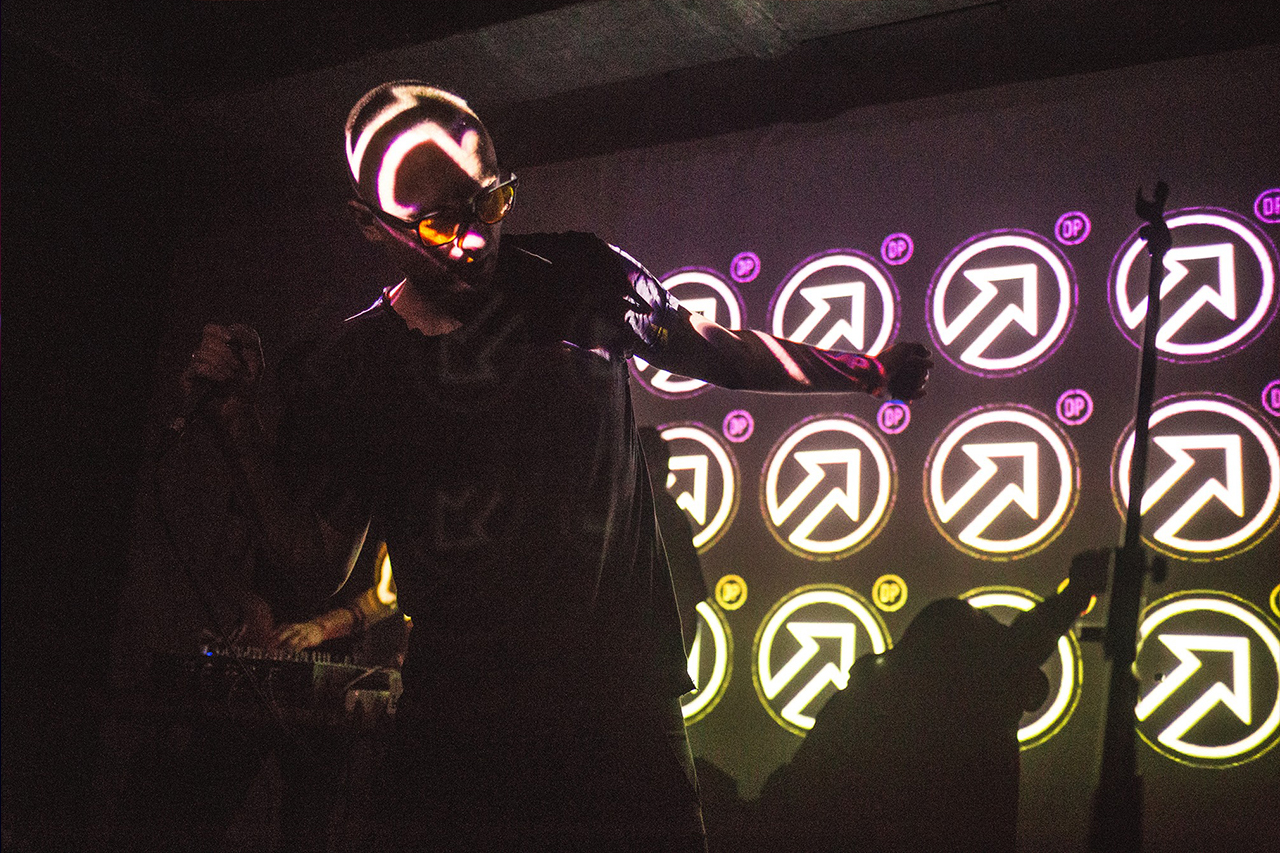 — Manchester is also an industrial city, but not only Genesis P-Orridge, but also Joy Division, Stone Roses and Oasis came from there. In Dnipro there were …and My Truck Friend, The Secret of the Third Planet, Citizen Sunchoke, Gretchen’s Room. Don’t you think that the perception of Dnipro as a city of industrial music is too literal?

Regarding the “literality” of industrial as a stylistic equivalent, everything is simple: I don’t see a surplus of industrial in the city, which almost every nook and cranny provokes. If industrial poured from every iron, perhaps there would be neither Kurs Valut nor the Dnipropop label. But the niche is empty, like the budget of Ukraine for 2021. As a listener, I have a request for such a niche in Ukraine in general. So why not make your own contribution?

— What is the state of the Dnipro music scene today? Does it function, develop, or die?

The music scene is developing against all known circumstances. Dnipro was not and is not the city of a developed art community. This is a city of “strong owners.” However, everything will be changed, it just takes a little time.

— Did you play the local identity when you lived in Donbas?

This game is a Ksztalt project.

— What is the difference between the Donbas identity and the Dnipro identity? What is their essence? Does eastern Ukraine all sound and look the same?

In short, Donbas is the past, Kharkiv is decorated modernity, Dnipro is an injection of the future. Even if we are talking about the historical center, in which, in fact, I have been living since 2014.

— So Dnipropop is a story about excitement, play and analysis of the landscape?

Game is when you heard the sound of a traffic light and made a track out of it. Taking a song in major and rewriting it in the sharp minor is also a game. In my opinion, art should be less formal and pretentious. When pathos and teaching appear, it is journalism.

Just recently, on the Kurs Valüt page, I wrote about the concept of my relationship to the crisis. Due to the economic situation and other factors, many people are surrounded by a permanent crisis, but it is a kind of fuel. You can aestheticize it, ironize it and form a concept from it.

Dnipro with its working vibe is close to me. The city is burdened by itself. People constantly knock him out or say, “I can’t live here anymore.” Suffering is also the fuel of both those who leave and those who stay. I love listening to whining and turning it into something. 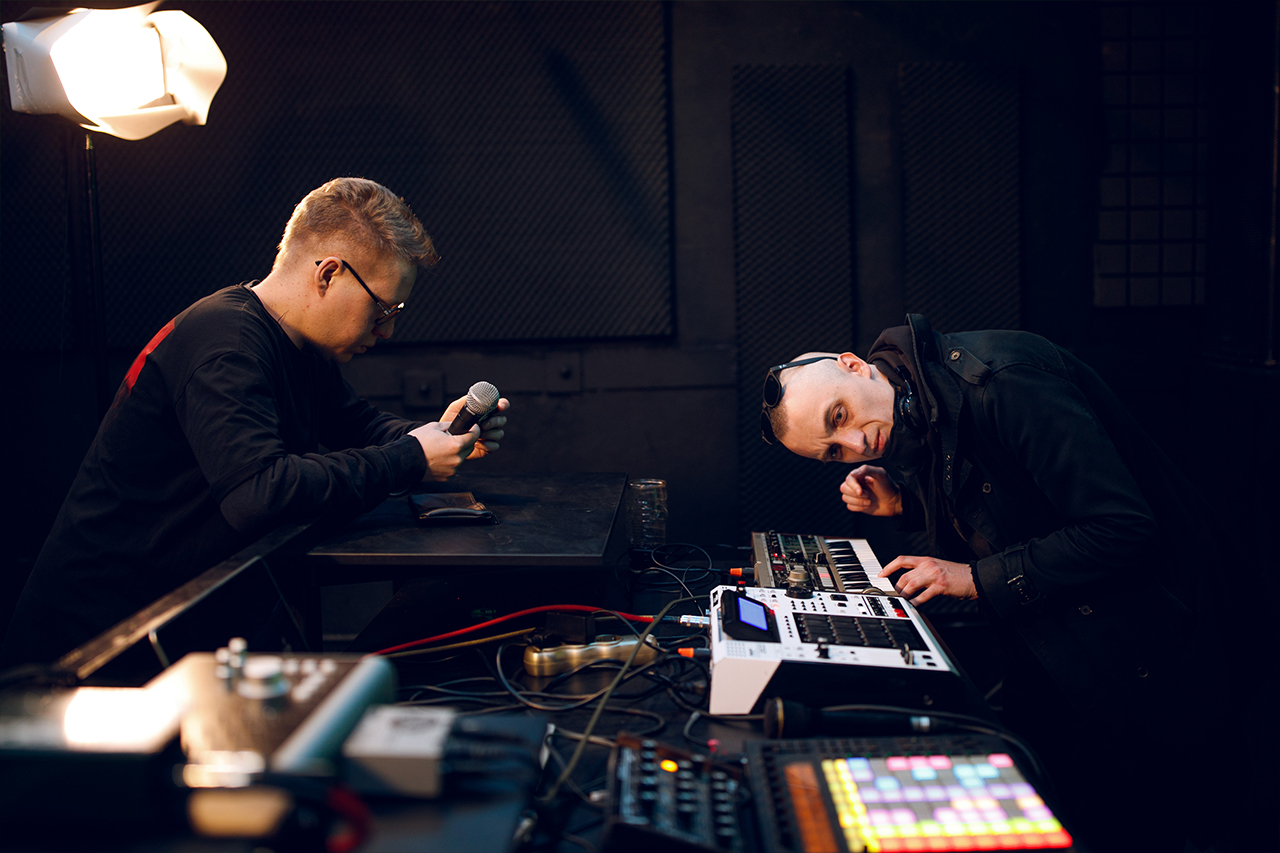 — Why do you think people leave Dnipro?

As a migrant, it is difficult for me to give this phenomenon a proper assessment. But I assume that it is about the development of the art environment, and events, that will make Kyiv more attractive for years to come. The dream of decentralization in this aspect can be realized only partially, precisely because implementation requires the efforts of those creative people scattered around the world.

Historically, the crisis is fuel for cultural processes. Look at the late scoop, at all these Musical Rings – so much avant-garde poured directly from the central television. Then look at the relatively well-fed 00s, where almost nothing risky happens musically. The aestheticization of the social and individual crisis is the main fuel of “Dnipro pop.”

— I would love to become a part of “Dnipro pop.” I guess, I need to make a manifesto.

Bless you. Anyone can make a manifesto of “Dnipro pop” right here and now. “Industrial mysticism and spiritual aerobics” has been the slogan of Kurs Valüt for four years in a row. The irony is a key feature of a true Ukrainian, according to my deeply subjective classification.